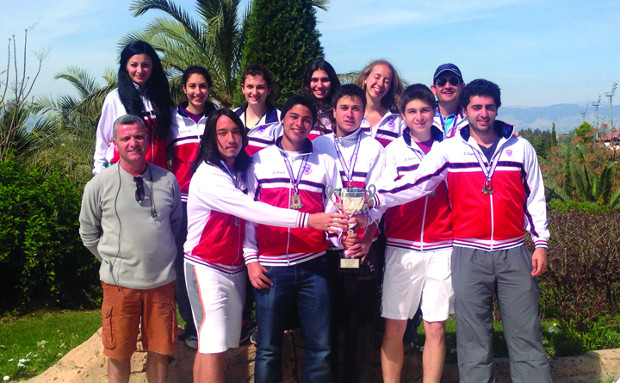 The Bilkent University men’s and women’s tennis teams have taken part in this year’s national Interuniversity Tennis Championship tournament. Held in Antalya March 21-24, the tournament hosted 44 teams in the first league and 24 teams in the super league.

The Bilkent men’s team played in the first league, where the group stage saw teams competing within six four-team groups. The other teams in Bilkent’s group represented Yeditepe, Çankaya and Gaziantep universities. The Bilkent men won all of their group matches, and advanced to play in a final match against Gazi University. The Gazi men were victorious, meaning that Bilkent will remain in the first league next year.