In some of my previous columns, I have mentioned that I think we are witnessing the rebirth of socially aware hip-hop and will in the future remember this era as the second wave of conscious hip-hop. One of the main foundations for this prediction is the tremendous work the Black Hippy crew has been releasing, and the mainstream success of that work. This week, I will introduce you to these four young, ambitious artists, who are determining the direction hip-hop will take in the near future. 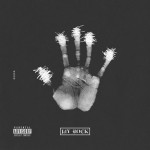 Black Hippy is a hip-hop crew from Compton, California, one of the most notorious cities for gang violence. The city has been at the heart of the conflicts between the Crips and Bloods gangs, a situation that has constituted a major theme for many hip-hop artists. The iconic hip-hop crews N.W.A. and Compton’s Most Wanted, who were pioneering figures in the golden era of conscious hip-hop in the early ’90s, released classic gangsta rap records such as “Straight Outta Compton” and “Music to Driveby,” describing gang life, police brutality and the impact of this violence on society. In fact, many artists from those crews, such as Dr. Dre, Ice Cube, Eazy-E and MC Eiht, are still influential solo artists today. 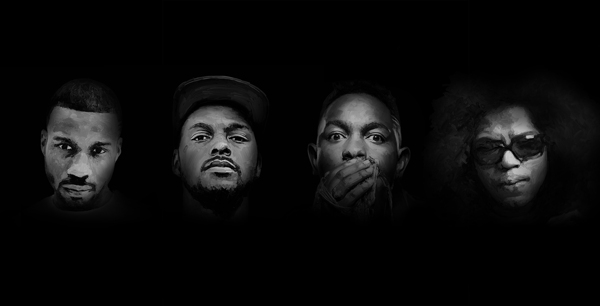 In addition to its major impact on the golden era of conscious hip-hop, Compton may be where the second wave of this movement is being forged today. In the light of the countless murders last year, police brutality and racial bias are unfortunately still major issues in the US. The gang violence and economic injustice are not very different from what they were in the ’90s. With the discrimination they face every day and the violence they were born into, the Black Hippy crew is dedicated to telling their stories to the world and directing the attention of outsiders to what it’s like to be born and raised in an African American neighborhood, where drive-bys, drug trafficking and gang-banging are everyday realities.

Black Hippy is composed of Jay Rock, Schoolboy Q, Ab-Soul and Kendrick Lamar, who was the topic of my previous column. The members of the crew employ very different personas and provide very diverse perspectives for their narratives.

Kendrick Lamar is probably the key figure of the crew. With his mainstream recognition, he has promoted the work of the other members through his guest appearances and spread the word about the Black Hippy movement. In his debut, “good kid m.A.A.d. city,” he portrays an innocent kid who tries to avoid gang violence and make it as an artist, but is frequently reminded of the realities of his neighborhood. This release was the crew’s breakthrough, attracting quite a lot of mainstream recognition and getting a very positive reception from fellow residents of Compton as well. In fact, the California Senate presented Lamar with a “Generational Icon” award for his encouragement to youth to avoid gang life and aim for a positive lifestyle.

Jay Rock’s style is similar to that of gangsta rap from the ’90s, due to his blunt lyrics and confident, direct flow. He is known to have been affiliated with the Bloods in the past, and reflects on his personal experiences of thug life and the struggle of African American youth for survival. He focuses on these experiences to show the typical daily life of a gang-affiliated young man. His background enables him to provide vivid insights into how youth are pushed in the direction of crime out of desperation. Like all of the crew’s members, he tries to spread positive messages to offer a glimmer of hope to adolescents who are in the same situation he was. His long- anticipated release “90059” was a great addition to the crew’s catalog. With its old-school beats and Rock’s hard-hitting lyrics, it is an essential listen.

Schoolboy Q is the entertaining, partying persona of the crew, despite being one of the most socially aware artists in hip-hop today. He focuses on very diverse themes in his songs, from his personal experiences as an ex-Crip to social critiques. However, he occasionally does entertaining tracks with much less subtext, which makes him more accessible. His debut, “Oxymoron,” is already considered a classic album, due to its accessible yet profound lyricism, and Q’s reflections on gang life.

Ab-soul is the crew’s most unique member, with his high-pitched vocals and dense lyrics. He uses many literary techniques and references and creates tracks with very profound subtexts. He is known for the spiritual and philosophical themes he deals with. In his debut, “Control System,” he offers his thoughts about such topics as religion, knowledge and wisdom. Looking at the big picture, he makes analogies between anatomy and society’s structure in order to construct social criticism, delivering a lot of food for thought.

With their diverse personalities, the members of the Black Hippy movement address a very large spectrum of the audience and have been very successful in spreading their messages. I think this success is due not only to their amazing musical talent, but also to their independence. These four artists are members of an independent record label, Top Dawg Entertainment (TDE), and have nobody to answer to except themselves. In addition to Black Hippy, TDE began signing and promoting young artists with great potential, such as SZA and Isaiah Rashad. I see TDE becoming the home of conscious hip-hop in the very near future and think that it may also become a very significant role model for production in the genre overall. Instead of major labels and their emphasis on watered-down, entertaining hip-hop, such independent labels would provide artists with real freedom and a fair share in the profits. Another example of a mainstream, independent hip-hop label is the New York crew Pro Era’s Cinematic Music Group. I hope we will see more of these in the future.