Board of Advisors Visits Bilkent, Meets with Board of Trustees

18 November 2013 Comments Off on Board of Advisors Visits Bilkent, Meets with Board of Trustees 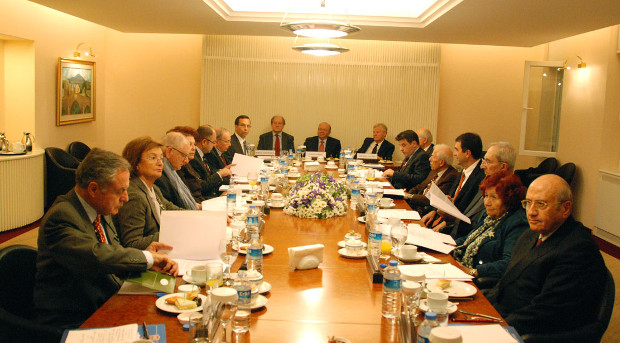 Also present at the meeting, to offer advice, suggestions and recommendations regarding various subjects, were members of the Board of Advisors to the Board of Trustees: Rockefeller University Vice President for Academic Affairs Michael W. Young, Nanyang Technological University President Bertil Andersson and Prof. Jared Cohon, former president of Carnegie Mellon University. They were on the final day of a three-day visit to Bilkent University, during which they met with Rector Atalar, who gave them a general presentation about Bilkent, and with the deans and department chairs, who offered additional information about the university and its departments and programs. At the Board of Trustees meeting, the Advisory Board members shared the impressions they had gathered during their visit.

Other items on the agenda for discussion by the Board of Trustees were a number of proposals that had been put forth by the University Senate. 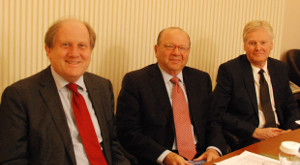 The board also approved a proposal for new graduate programs in neuroscience in the Graduate School of Engineering and Science. The neuroscience  program draws together scientists from across Bilkent and will provide students with the transdisciplinary research experience and mentoring they need to become leaders in a wide range of fields within the neurosciences. The number and diversity of the laboratories affiliated with the program will offer a rich array of options for choosing research experiences.

In addition, the Board reviewed and approved the Senate’s proposals regarding some changes to the university’s Academic Rules and Regulations.

After approving these proposals, the Board of Trustees reviewed the revised  budget for 2012-2013 and approved the budget for the 2013-2014 academic year.