Board of Trustees Meets, Sets Tuition for Next Year

09 April 2019 Comments Off on Board of Trustees Meets, Sets Tuition for Next Year 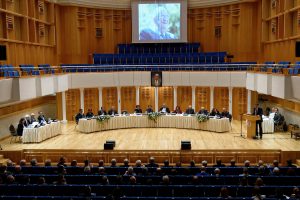 The meeting began with approval of the minutes of the previous meeting. Then, Vice Rector for Administrative and Financial Affairs Kürşat Aydoğan briefed the Board on budget and financial matters. The trustees reviewed the income and expenditures for the 2018 fiscal year, after which they approved the proposed tuition rates for the 2019–2020 academic year.