25 February 2020 Comments Off on Book by Gül Kurtuluş: ‘Stereoscopic London’ 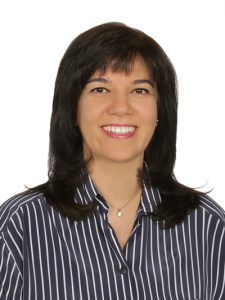 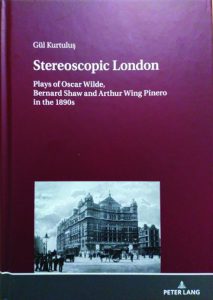 A new book by Dr. Gül Kurtuluş of the Department of English Language and Literature, titled “Stereoscopic London,” was released on January 30 by the Switzerland-based academic publishing house Peter Lang. Following is a summary of the book’s content based on the publisher’s notes.

“Stereoscopic London” looks at plays by Oscar Wilde, George Bernard Shaw and Arthur Wing Pinero. Written and performed in London in the late 19th and early 20th centuries, the dramatic works discussed in the book share important common points; to begin with, they are set in London and illustrative of the realities of the metropolis. However, they also reflect the different backgrounds, origins and life trajectories of the playwrights.

The plays serve as examples of developing dramatic forms, in which London and Londoners appear as both the dissolving and unifying elements of the broad spectrum of late 19th-century and early 20th-century society. By examining the manner in which the themes and concerns of these works reflect the experiences and outlooks of Victorian/Edwardian Londoners, the book offers an understanding of the close connection between London society, with its manners and morals, and the city’s visible and invisible impact on the characters depicted in the plays.