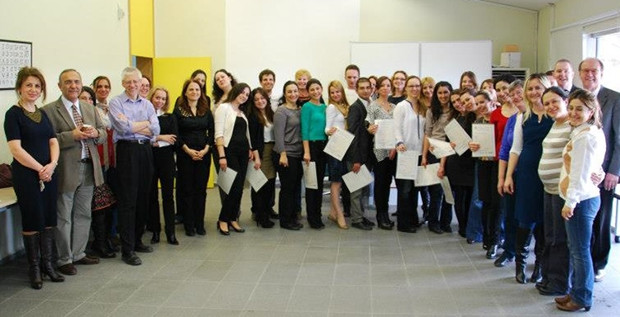 Twenty teachers from BUSEL became the latest members of the school community to put Bilkent University onto the international map of ELT (English language teaching), when their achievement in obtaining the Delta, the teaching qualification diploma awarded by Cambridge English (part of the University of Cambridge), was published in the most recent edition of the EL Gazette (the London-based international newspaper for the global ELT community).

The Delta is a very prestigious qualification for ELT practitioners. An indication of this is the fact that many universities in the UK give credits in their MA programs in ELT to holders of the diploma. It also opens the door to positions of responsibility in higher and further education institutions, as well as in private language centers.

Bilkent University was accorded a special mention in the EL Gazette report because the majority of the BUSEL candidates who obtained the Delta are non-native speaker teachers. They and their native-speaker colleagues join the ranks of those teachers who, having successfully completed the Delta, are, in the words of the Gazette, “among the most sought-after ELT professionals in the world.”