Centennial of the Outbreak of WWI 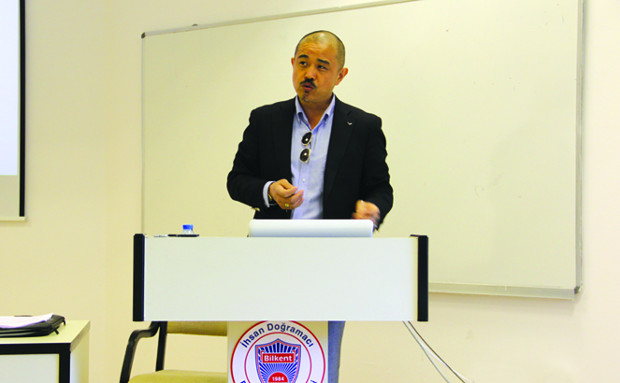 The year 2014 marks the centennial of the outbreak of World War One, and on March 27, the Department of History initiated a series of events in recognition of the hundredth year of one of the darkest periods in human history.  The first of these events was a talk by Prof. Tetsuya Sahara of Meiji University, Tokyo, on WWI and international terrorist organizations.

The talk focused on the Balkans of the period prior to the outbreak of the war. It was individuals connected to the terrorist groups of which Prof. Sahara spoke, in the context of the Balkan Wars in particular, who were responsible for the assassination of Archduke Franz Ferdinand on June 28, 1914—one of the most significant events in the lead-up to the war.

Thursday’s talk was one of many events that are to take place over the course of this year.  They will include a lecture series on the Great War, with the papers presented to be compiled and prepared for publication. These talks will be complemented by a series of film screenings. The films take “the war that ended all peace” as their subject matter, and screenings will be followed by critiques and commentary by scholars in history and film studies, leading to discussion sessions.

Details and news of these upcoming events will appear on the Department of History website and Facebook page and the Bilkent Historical Society’s twitter account (@BilkentHistory) as dates and venues are finalized. The entire Bilkent community is invited to these proceedings in remembrance of the outbreak of WWI.