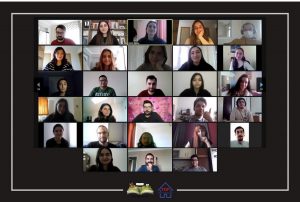 Each year, to celebrate National Sovereignty and Children’s Day, the student volunteer organization TDP (Social Responsibility Projects) holds a Children’s Festival for youngsters from the target groups served by TDP projects. Due to the pandemic, TDP held this year’s festival online, via Zoom.

The online festival took place on April 11. But preparations started long before that. Knowing that not all of the children in the target groups would have access to Zoom, TDP volunteers prepared activity kits and sent them to more than 400 children, so that no one would be left out.

On April 11, the volunteers met with the 150 children who were able to go online. The day started with a Zumba session as a morning exercise. Then, everyone did the activities supplied in the kits, which ranged from crafts, music and drama to recycling. And to create as much of a festival atmosphere as possible, the volunteers held a magic show between activities and capped off the event with a mini-concert.

“At the end of the day,” said the volunteers, “the children’s happiness, as well as our own, showed us that even though we’re going through hard times, it’s worth making an effort to find ways of getting together and celebrating good things.” 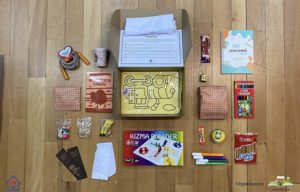