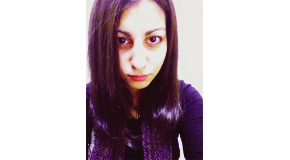 Beautiful ancient ruins and even more breathtaking surroundings full of streams, rivers and cliffs, and a taste of small-town professional conflict – that was all last weekend. I’m particularly excited to talk about this trip, because it was perhaps one of the most vivid ones of my life, and though I didn’t stay long, I feel like I saw a week’s worth of beauty, history and culture.

So let me start from the top, with the place itself. This near-exotic locale is situated at the far eastern end of Turkey, by the border of neighboring Armenia. And though most are well aware of the province of Kars, where this particular destination lies, not many, I have learned, are aware of the place itself. The place I’m talking about is the mysterious and magnificent ancient Armenian city of Ani. I should note that it’s only fair to say “Armenian” since it was created and initially built by the Armenians as the capital of the great Bagratid Armenian kingdom around the 10th century AD. However, I must also add that the history of Ani encompasses an impressive range of empires and groups of people, including the Seljuks, Georgians, Mongolians, Persians and Ottomans – all there by force, of course, but nonetheless leaving a historically significant mark and implanting a cultural testimony each time. This testimony is displayed most impressively by the mosque of Manuchihr, built around the 11th century. This is my personal favorite landmark in Ani, not so much for its own exquisiteness as for the awe-inspiring view from the large open windows in its walls facing the cliff side. If you sit there, you have a panoramic view of the Akhurian (Arpaçay) River right below your feet, where the remains of a Silk Route bridge between what are now Turkey and Armenia still stand. This brings me to the other side of the river, where Armenia is – a border so beautiful and natural is rarely seen! 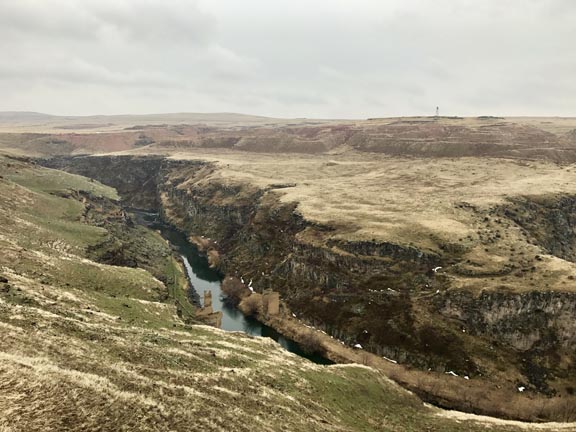 Getting to Ani from Kars is not very easy if you don’t have your own car; however, we were lucky to find a great tour guide who spoke English perfectly and was very knowledgeable about the history of not only Ani but also the city of Kars, which was itself a wonder to explore. Kars, he told us, had been invaded by the Russians over 16 times in its history, which explained the multitude of war bunkers, shelters and storehouses we found along the Kars River, together with several Ottoman-era castles and hamams. We also learned firsthand how seriously professional rivalries are taken in small towns such as Kars, when our hotel’s personal taxi driver objected to us taking a private tour, and related his own conspiracy theories about the gentleman who was giving us the tour.

Regardless, we made it to Ani, and as we approached, we could see from afar the giant walls that protect the city. Our guide gave us an ample supply of brochures and guidebooks to help us along the way, and upon entering through the walls we realized that there were in fact multiple gates to enter from, each having its own significance in former times. The area that Ani covers is huge, and it took us about five hours to comfortably explore it all and take photos and videos. If you plan on going, I would suggest bringing along snacks, as we did. Upon reaching the citadel, which stands on the south end of the site just across from Armenia, we found the perfect spot by the edge of the cliff to sit and admire the view of the kız kalesi standing on a towering rock in the middle of the Akhurian River, with the Armenian city behind it, all the while snacking on our treats and just taking in our surroundings.

Ani was once called the “City of 1001 Churches,” and its name is apt because indeed, the churches are many, and their architecture and structural elements are highly advanced and impressive in appearance, even today. The very tall churches, with paintings and murals that go up to the ceilings, are a marvel to look at, and while they are completely bare on the inside, the rooms and chancels are still reminiscent of how they must have looked in their glory days. At the height of Ani’s population, there were around 100,000 followers of Christianity inhabiting the city, which explains the abundance of churches. Moreover, these churches still preserve the paintings within them in glorious condition, though the colors have faded slightly; given the fact that most are over a thousand years old, it’s remarkable they remain at all.

A number of other structures in Ani, such as Seljuk palaces and cave houses resembling those in Cappadocia, still remain intact, and entering each one feels like visiting a completely different area. It’s extraordinary to think that all these structures and time periods are encompassed within a single city. Each of the churches, stone houses, mosques and fortresses is quite unique in its own architecture, décor, structure and history, making a trip to Ani a truly multifaceted experience.