Cockroaches in the ME Department? Don’t Worry, They’re Robots

20 April 2015 Comments Off on Cockroaches in the ME Department? Don’t Worry, They’re Robots 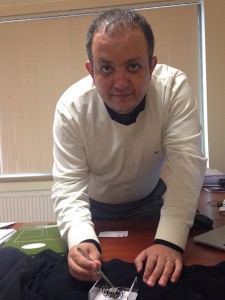 A cutting-edge project in robotics is underway in the Department of Mechanical Engineering, where Asst. Prof. Onur Özcan and his team are endeavoring to perfect the design of “cockroach robots.” The project builds on research to develop a robotic insect prototype conducted by Dr. Özcan and his colleagues at the Harvard Microrobotics Laboratory, where he worked before joining Bilkent in January 2015. 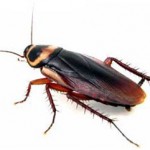 Although to most people a cockroach might seem a strange model for a robot, these unpopular insects in fact display a highly mobile, efficient, and robust mode of locomotion. Roboticists have used cockroaches and other insects as templates to create biologically inspired machines capable of running, jumping, and climbing over a variety of terrains.

Such work included the development of the Harvard Ambulatory MicroRobot (HAMR), an at-scale insect-inspired robot that addressed the challenges posed by limitations in fabrication, actuation and electronics integration at small scales. Its designers felt that in addition to being an ideal tool to investigate locomotion on a small scale, HAMR would have the potential for use in hazardous environments. 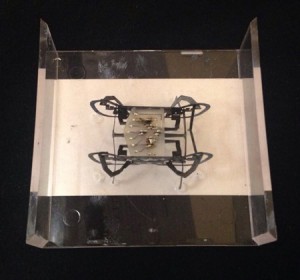 Dr. Özcan further explained the rationale behind the cockroach robot: “In designing the robot, we were inspired by the cockroach’s movement efficiency and the natural coherence of its physical features. Cockroaches move rapidly with four legs, and may also propel themselves on two legs when running very fast.  There are no other four-legged robots of this size in the scientific literature; six-legged robots are generally preferred due to their stability during walking. In our study, we showed that four legs are enough to stabilize our insect robot and prevent it from falling or tumbling. It can move forward, backward and laterally like a crab, and can turn around.”

At Bilkent, Dr. Özcan’s team is working on the design and mechanical production of the insect robots. They are also developing a prototype that will be able to climb, an important addition to the robot’s locomotive abilities. In particular, this will enhance the potential of the device to be used in search and rescue missions in collapsed buildings where, because of its small size, it would be able to reach places inaccessible to a human being.

Dr. Özcan received a BS degree in mechatronics engineering at Sabancı University in 2007 and his MS (2010) and PhD (2012) degrees in mechanical engineering at Carnegie Mellon University. He subsequently worked as a postdoctoral fellow at Harvard University’s School of Engineering and Applied Sciences and the Wyss Institute for Biologically Inspired Engineering.