This week my guest is Buğra Karabey, the most experimental and unique sound artist I have hosted so far. A Bilkent EEE alumni, he was a member of Tayga and Lychgate, one of the first thrash metal bands in Ankara, and is now active in Sound in a Cloud. He is also a cyberluthier (instrument maker), a cybersecurity expert, an academician and a Microsoft employee. His broad perspective and range of interests are reflected in his art.

My first interactions with him were at ATMM ’12 and ’13, where he presented two of his experimental works of sound art. As a sound enthusiast, I wanted to write about such a unique artist in my column and arranged an interview. This ended up being a very enjoyable, nearly two-hour-long chat, and in this column, I will share his philosophy, ideas and perspective on sound art.

But first of all, I would like to describe some of his works and try to give an idea of his artistic style. He defines most of his works as sound sculptures. A sound sculpture is anything with concrete presence that produces an audible work of art and at the same time can be touched or seen by the audience. This genre gives the audience the opportunity for an intersensory experience. They can look at and feel the sculpture, and experience the process of producing the sound. In some of Karabey’s works, this goes one step further: as the sound is produced instantaneously, the audience can relate the sound to the sculpture’s nature and directly observe the composition technique. 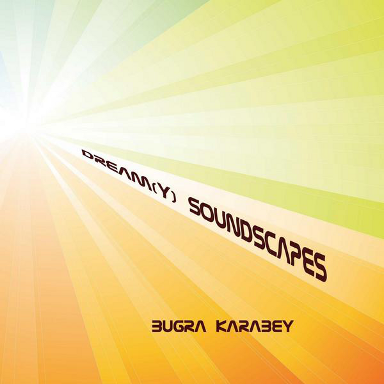 My favorite among his works is “Dream(y) Soundscapes,” which is pressed on vinyl and is probably one of the most precious items in my record collection. “Dream(y) Soundscapes” is based on recordings of his dream periods during sleep. Using certain engineering tools, which I cannot get into in such a short column, he maps this data to produce an audible output, shaped by his compositional preferences. The vinyl consists of two tracks: “Munchesque,” which was recorded during a paranoidal, nightmarish dream, and “Thin Ice,” which represents the pre-awakening period where Karabey switches back and forth between sleeping and semi-awakening. The artist thus involves his audience in his dreaming experience. It is fascinating to observe the direct relationship between emotion and brainwaves.

Karabey’s newest project, “BandAnt,” is an instantaneous sound sculpture, in which the audio output is generated by processing the image of an ant colony and mapping it in the MIDI environment. Here he focuses on swarm intelligence, the great connectivity among members of the colony. The harmony of the colony’s collective motion is represented in Karabey’s composition through his choice of MIDI representations.

In “Clash of Brainwaves,” Karabey personally and consciously participates in the data. He calls this work “a cybermusical duet between a plant and a human being,” in which he simultaneously collects instantaneous data from his brainwaves and from changes in the bioelectrical potential of a plant, and combines, processes and maps this data using a computer. In this work, Karabey expands the limits of the human-plant relationship. He has an actual improvisational jam session with a plant, using electrical signals as musical instruments. The outcome of this work is astonishing. It points to the innumerable, continuous symphonies that we cannot perceive and are not aware of. For me, this work sets out the notion of sound art as free from human monopoly and the limitations of our perception.

This brings me to Karabey’s philosophy regarding sound art. First, I want to explain some concepts that he introduced me to. He states that the artistic notion behind his works is “idea as art” or “conceptual art,” in which artists tend to focus on the expressive nature of art instead of the descriptive role it can play in reflecting the outer world, for instance in the descriptive and almost photographic visual art of the Renaissance. Since it is not limited by the outer world, the conceptual art movement is able to produce more abstract materials, which are used as a medium for expressing the artist’s ideas or feelings. This notion can easily be observed in Karabey’s works, as the main focus for his sound sculptures and soundscapes is experimentation and the idea that a work represents, rather than the sonic aesthetic of the outcome. In this sense, a conceptual artwork can be seen as a window on the artist’s inner world, instead of an aesthetic audio production that pleases the audience but lacks the personal involvement of the artist, as it is limited by the human understanding of harmony.

During our conversation, Karabey discussed many important and significant ideas, on subjects ranging from the philosophical background of sound art and conceptual art to the changes music has gone through as an art. Unfortunately, in such a short column, it is not possible for me to even mention many of them. So I want to focus on his “title,” cyberluthier, and his observations on the evolution of the methodology of music creation as they relate to my series on the digital revolution. A luthier is a musical instrument maker, a craftsman; and according to Karabey, the luthier is one of the three figures involved in the process of music creation, along with the composer and the performer. A cyberluthier, however, assumes all of these roles. He is responsible for making the interface for creating sound—like a luthier—as in Karabey’s system for collecting brainwaves; for making decisions about the sonic structure—like a composer—as in his choices on MIDI mapping for “BandAnt”; and for using this interface and these choices to produce the actual sound art—like a performer. The coming into being of the cyberluthier sets music creation free. It is possible for one person to create any type of sound art from scratch, dependent only on his personal choices, without external limitations.

I hope I have managed to reflect Karabey’s inspirational ideas in such a short space.

See you next semester, with many more extraordinary musicians and recordings.