Ekin Bernay, a graduate of the Department of Communication and Design (’08), was named “Young Artist of the Year” during this year’s celebration of World Art Day (April 15), organized by the International Association of Art (IAA/AIAP) under the aegis of UNESCO. The award, one of the Wallace Hartley awards given annually by the organization, was presented by AIAP/IAA President Bedri Baykam. 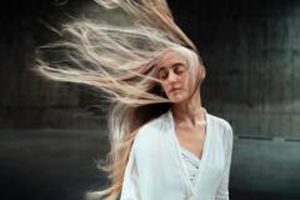 Her work “What Do You Want?,” first performed in 2018, was subsequently acquired by Agah Uğur for his art collection. Mr. Uğur then used his re-performance right to re-exhibit Ms. Bernay’s performance at the 2020 Çanakkale Biennal. This was the first time that a live art work had been sold and re-performed in Turkey.

Earlier this year Ms. Bernay took part in an online performance filmed in the Tanks at the Tate Modern in London.  She is represented by Performistanbul, an international performance art platform.