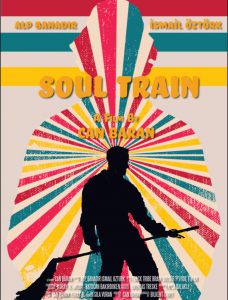 Two short films by third-year students in the Department of Communication and Design were selected for showing by the Lift-Off Global Network in its First-Time Filmmakers Online and Global Sessions. “Soul Train” by Can Baran and “Birthday Complex” by Aslı Çakmak were screened during the network’s most recent screenings and online sessions, held March 21–April 4 and April 25–May 9.

Can’s “Soul Train,” a micro-short comedy, is about Fethi, a cleaner who comes across an abandoned movie set on the ground floor of the building where he works on the night shift. A jukebox and the cameras on the set attract his attention, and the show begins. 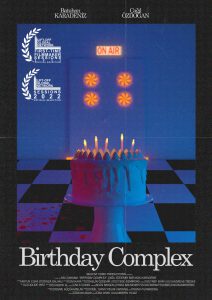 Aslı’s “Birthday Complex,” a three-minute thriller, depicts the life of a burned-out security guard who finds himself in a unique dimension and discovers who he wants to become. The role of the guard is played by 2017 EE graduate and stage actor Çağıl Özdoğan.

The Lift-Off First-Time Filmmakers Online Sessions and Showcases screen a collection of shorts and features by indie filmmakers from around the globe on a monthly/quarterly basis. The Lift-Off organization, headquartered at Pinewood Studios in London, is dedicated to promoting indie filmmaking and providing a platform for emerging talent.