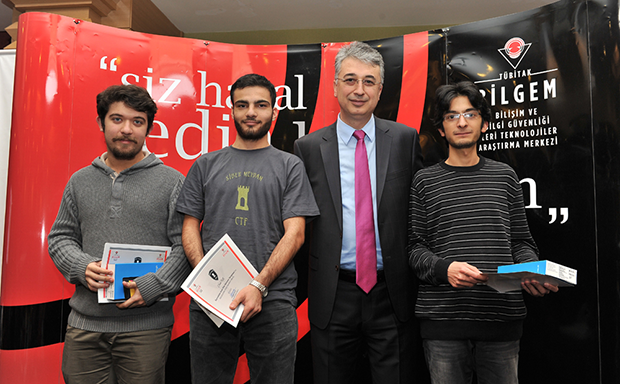 Siber Meydan, a cybersecurity competition for university students, was held in November and December 2013 by the TÜBİTAK Cyber Security Institute in conjunction with the National Cyber Security Strategy and Action Plan. The competition took place in two rounds: a qualification and a final round.

A total of 65 teams made up of 256 students participated in the qualification round, which was held online November 19-20. The 10 top-scoring teams were invited to İstanbul for the final round, where they competed head-to-head in an attack-and-defense-style Capture the Flag event on December 16.

Further details about the competition can be found at www.sibermeydan.org.