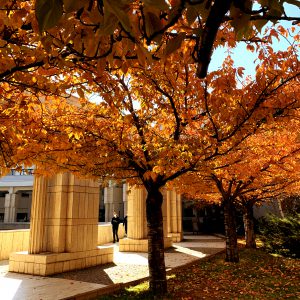 “Vestiges of the Past”

A. Rosetti | Concerto for Two Horns and Orchestra, RWV C60

“KompostKent,” by Merve Peker and Duygu Kural, at 9 a.m. Organized by LAUD.

“Junky” (based on a novel by William S. Burroughs), directed by Doğu Yaşar Akal (THEA/’09) and staged by Department of Performing Arts students as a senior project, at 8 p.m. in the FMPA Theater Hall.

“Start With the Cause: How Constructing Charity Portfolios Affects the Pain of Paying and Total Contributions Made,” by Nazlı Gürdamar Okutur (London Business School), at 1:40 p.m. Organized by FBA.

“Between Two Passports: The Formation of Ottoman Nationality and the Greek Population Question, 1830-1875,” by Berke Torunoğlu, at 4:30 p.m. Organized by HIST.

“A Prescriptive Approach to Surgical Inpatient Discharges,” by Taghi Khaniyev (MIT Sloan School of Management), at 4 p.m. Organized by IE.