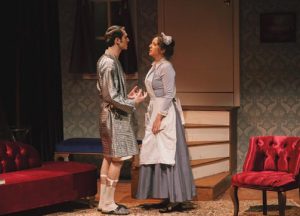 Works by Kerem Durukan, at the Library Art Gallery. The exhibition will be open every day (except Sundays) between 10:30 a.m. and 6 p.m.

“Venture Capital Approach to Having a Career in a Start-Up Company,” by Oğuzhan Özer, Püren Uçar and Hakan Danışık, at East Campus Bilintur Conference Hall, 12:40 p.m. Organized by CTIS.

“Development Policy for a Multipolar Age: How the World Bank Re-Imagines Governance,” by Dr. Ali Burak Güven (University of London), at FEASS, A-130, 12:30 p.m. Organized by POLS.

“Turkey’s Participation in the Korean War: The Role of Religious Agents and Religious Motifs,” by Lina Wang (University of Washington), at FEASS, A-130, 12:30 p.m. Organized by POLS.

This Week at Bilkent Cinematics

Bilkent Cinematics will be screening Martin McDonagh’s dark comedy–crime drama, “Three Billboards Outside of Ebbing, Missouri,” on Wednesday, December 19 at 6 p.m. in FB-309.

All Cinematics movies are shown in their original language with English subtitles, and snacks and beverages are always served.