The Bilkent News Editorial Board wishes you a healthy and prosperous New Year – may all your dreams and expectations be fulfilled! The next issue of Bilkent News will come out on February 5. 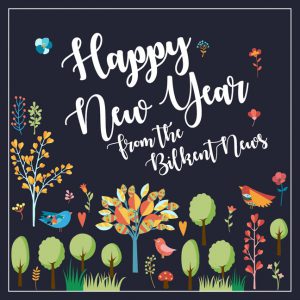 Works by Kerem Durukan, at the Library Art Gallery. The exhibition will be open every day (except Sundays) between 10:30 a.m. and 6 p.m.

As we all count down the days to New Year’s Eve, Radio Bilkent is preparing a week full of surprises. This year, the New Year spirit came to the station a little early, beginning on December 21, the longest night of the year.

That night, the station stayed on the air later than usual, broadcasting until 2 a.m. All 73 members of the Radio Bilkent “family” got together to do the broadcast as well as to share time together and play board games, almost like an early New Year’s Eve party.

As it does every year, the primetime Drive Time program is playing Santa Claus during New Year’s week, making everyone happy by giving away lots of gifts to listeners who call in. After completing this enjoyable task, the staff will end the week with an in-station party organized by newcomers to the station crew. By taking responsibility for the party, the new staffers become more involved in the station and get to know many more people.

The Radio Bilkent family wishes everyone a happy New Year! 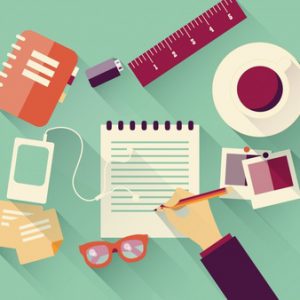 Bilkent News is looking for student columnists for the 2018-2019 spring semester. Student columnists write columns about life on campus, opinion pieces and reviews. Columnists should be well informed and seek to generate discussion with humor, insight and sensitivity by writing in an authoritative but accessible manner.

Student columnists will be expected to:

If you are interested in writing for Bilkent News, please submit two writing samples to Hande Seçkin Onat (seckin@bilkent.edu.tr) ASAP.