“Democratic Contestation and Alliances” Discussed at Polity, Society and the World Seminar

30 December 2013 Comments Off on “Democratic Contestation and Alliances” Discussed at Polity, Society and the World Seminar 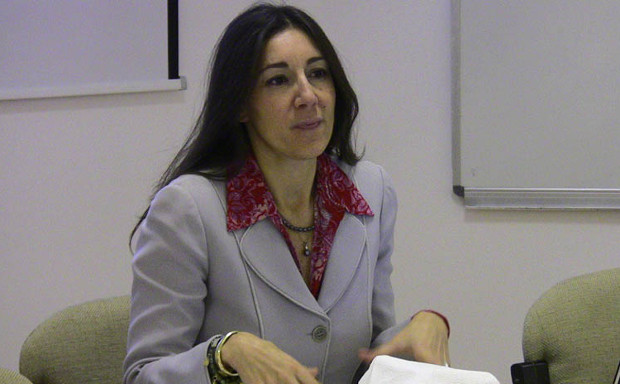 Berna Turam, associate professor of sociology and international affairs at Northwestern University in Boston, gave a presentation based on her forthcoming book, “Democratic Contestation and Alliances: From Istanbul to Berlin,” as the most recent seminar in the Polity, Society and the World Seminar Series on Monday, December 23.

In her book,  Dr. Turam attributes a special democratic role to urban protests. Despite their unknown short-term effects, they demonstrate the intimate affinities between urban space and political power. Her analysis of such protests focuses on the interaction between city and state as it unfolds in everyday life, or the “politics of lifestyle.” Departing from the economic interpretation of classical urban studies, Dr. Turam refers to the Weberian tradition, in which the city is understood as “a source of political reform.” Her finding is that urban alliances capable of generating a “democratic push” appear in “split” cities such as Kreuzberg (Berlin) or Teşvikiye (Istanbul) when there is a period in which the political struggle lacks a consensus under an overempowered parliament.

Dr. Turam starts her analysis with the “Republican Meetings” in Teşvikiye, during which, she observes, there was a considerable amount of “incivility” in the streets against a “democratically chosen parliament.” The political split deepened during the country’s presidential crisis, and the split in the neighborhood between “pious Muslims” and “seculars” took on new proportions through “neighborhood pressure.”

From an ethno-cultural perspective, Dr. Turam then focuses on the situation in Kreuzberg, which is similar to Teşvikiye in terms of the ethnic, social and cultural diversity of its inhabitants. Both cities are situated at the intersection of fault lines between the West and the Muslim world. In such places, in contrast to the situation in more homogenous urban spaces, there appears to be an inclusive interaction, or what Turam calls the “politics of lifestyles.” Differing from Habermas’s understanding of deliberative democracy as nationwide participation through associational life, the politics of lifestyles is non-associational but interactive and respectful. Individuals in this setting are capable of creating new alliances to “push” democracy a step forward, like the German Kreuzbergers who, through interaction with the Turkish Kreuzbergers, vote for parties that support a more inclusive migration policy than does Angela Merkel’s CDU.