Digital Nostalgia, Part 2: Synthwave as the Next Generation of Electronic Music

02 December 2019 Comments Off on Digital Nostalgia, Part 2: Synthwave as the Next Generation of Electronic Music

The electronic music genre is now more than half a century old. From 1960 to the present, it has evolved to such a degree that it is one of the most complex and colorful types of music around today. In a category where subgenres range from trance to IDM to classical electronic–electroacoustic music, almost everyone can find something to their taste. But now that musicians have probably tried just about everything, what can the next stage be? What is the next wave that will change the progress of the genre? What exactly will change; will the revolution be in the structure of the pieces, the instrumentation or the orchestration, or will it be contextual?

The answer lies in questioning the context. Every shape, every color has been used to make electronic music. Both harmonic and rhythmic features have been subject to innovation, and there now seems to be a conceptual infertility, which is apparent in the fact that artists recycle the same musical ideas over and over.

The problem is that we are looking in the wrong places for ideas. Music theory is now as deep as any other science, and many pieces are oversaturated with technicality, leaving little room for communication through the music. There is a need for a new aesthetic that can reflect the spirit, or Zeitgeist for that matter, of the new generation. We are rapidly becoming a cybersociety, with knowledge becoming both an important source and an aim. The aesthetic should reflect the culture of this new society; the evolution of electronic music will thus be along the axis of context, not that of harmony or structure. 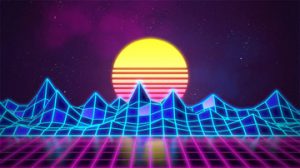 Synthwave is a part of this new era of electronic music that attempts to retrieve the lost memories of the ’80s aesthetic. It is an invention of children of both the ’80s and the 2000s, the former for its nostalgia and the latter for its anemoia (a longing for an era you have never actually experienced). Unlike most other contemporary electronic music, and as opposed to vaporwave, it is based more on synthesizers – as the name suggests – and drum machines, so that it in some ways resembles popular music of the ’80s. Vocals are often absent, and where present are not the focus of the piece. As in the case of vaporwave, synthwave was born in the internet culture but was quickly embraced by popular rock giants such as Muse, with their 2018 album “Simulation Theory” (check out “Algorithm”). But although this subgenre has the aim of resembling ’80s pop music, it does not try to imitate it. Rather, it tries to convey the feelings associated with the ’80s, not the music itself. Visually, synthwave falls back on the neon pink and blue of that time, early computer visuals, scenery reminiscent of ’80s sci-fi movies, and so on. 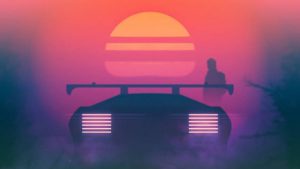 One of the artists who best exemplifies synthwave is Com Truise (no, that is not a typing error). His album “Iteration” is full of moments that put the listener on the synthwave vibe, communicating the meaning that the whole subgenre is intended to convey. It can be considered a masterpiece in this sense, with clear synths and the occasional robotic voice that takes you to the synthwave dimension.

These internet-born subcultures can allow us to foresee the future of electronic music and the underground revolution, and what may be expected from now on. That is, the innovations will occur along the axis of semiotic relationships and our memories, not in the form or structure of the music.