26 September 2017 Comments Off on “Dyno” Arouses Curiosity on Campus 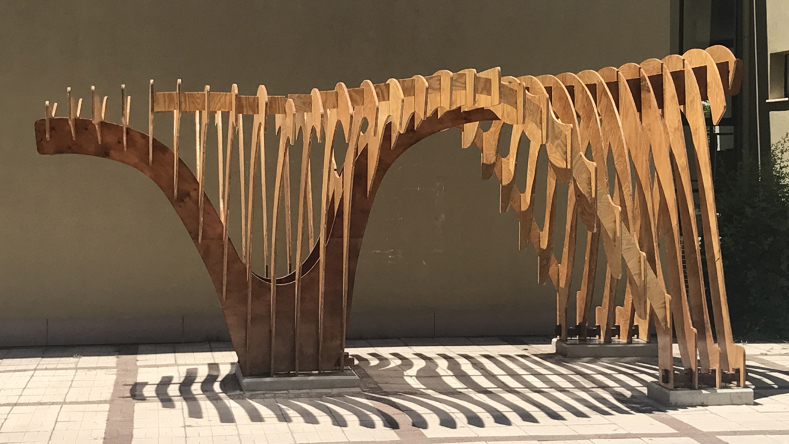 “Did I just see a dinosaur skeleton on campus?” You can be forgiven for asking yourself that question: Bilkent’s first digitally manufactured shelter, set up last June in the courtyard of FC Building, does at first glance look like the bones of a giant creature. In fact, it’s even called “Dyno,” partly because it resembles the shape of a dinosaur, and partly because it was designed to be “a dynamic move forward using today’s technological advances.”

The shelter was the idea of Mert Kilcioğlu, a 2017 Department of Architecture graduate, who originally designed the project for the Parametric Design Studio (ARCH317) course. The design of the shelter was created parametrically, and most of the parts were digitally manufactured in the Building Technology, Materials and Fabrication Lab (BT-MFL) of the Faculty of Art, Design and Architecture.