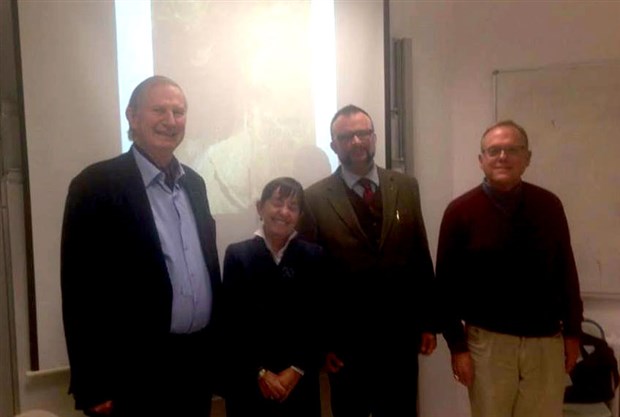 On Wednesday, November 5, the Department of Archaeology hosted a special guest lecture by Prof. Robert Merrillees on the location of the mysterious Alashiya.

Prof. Merrillees, a truly outstanding figure, is both a diplomat, having served as Australia’s ambassador in a number of countries, and an internationally renowned expert in the fields of archaeology, Egyptology and Near Eastern history. His presentation focused on the possible location of Alashiya, an important kingdom known from Near Eastern cuneiform texts and inscriptions in the second millennium BC. It is conventionally equated with the island of Cyprus, but Dr. Merrillees argues that it should instead be located somewhere along the Turkish or Levantine coast.

The lecture, attended by a large audience that included the current Australian ambassador to Turkey and Provost Adnan Akay, was not only enormously instructive to students and staff, but also spiced with a good portion of Australian-British humor.

The Department of Archaeology continues its guest lecture series in the coming months, inviting experts in archaeology and Near Eastern history to communicate their current research to a wider audience.