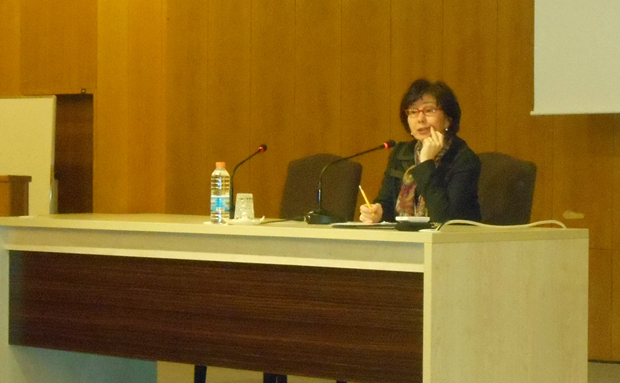 On Wednesday, February 19, Prof. Yeşim Arat gave a talk at Bilkent as part of the Bilkent University Seminar Series on Polity, Society and the World. Her presentation was entitled “Is the Flood Tide Over? Considerations on the Impact and Predicament of the Women’s Movement in Turkey.”

Chair of the Department of Political Science and International Relations at Boğaziçi University, Prof. Arat is a specialist in the field of gender and politics in Turkey. Much of her work

has focused on the role of women in Turkish society.

In her talk, Prof. Arat underlined the importance of the women’s movement in Turkey, characterizing it as, in general, a great step for democratization. While pointing to the progress made so far regarding gender equality, she observed that there nonetheless remain serious gaps between men and women in, for example, labor force participation, education levels and income.

Prof. Arat also discussed domestic violence toward women in Turkey, and the fact that many women are still exposed to this brutality, although the efforts of various feminist organizations to counter it have been helpful to some extent. She pointed to the need for increased support from the Turkish government for women’s causes and, especially, for the enactment and proper enforcement of laws favorable to women.

In conclusion, she returned to the subject of democratization, noting that the soft power of the European Union “would not hurt” the cause of making Turkey more democratic than it is today.

Prof. Arat has written numerous scholarly articles and has also published six books, the first being “The Patriarchal Paradox: Women Politicians in Turkey” (1989) and the most recent, “Turkey Since 1980” (2012).