Asst. Prof. Cihan Okay of the Department of Mathematics has been awarded a research grant by the US Air Force Office of Scientific Research for a project titled “Topology of Quantum Resources: Homotopical Methods in Resource Theories for Quantum Information and Quantum Computing.” 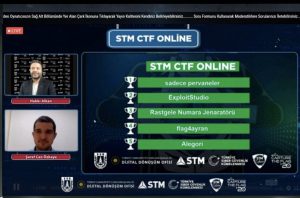 The project is interdisciplinary and, says Dr. Okay, aims for an understanding of the role of quantum resources, such as Bell non-locality and quantum contextuality, in quantum computation and quantum information theory using methods from topology.

Quantum resources, note the researchers, “are responsible both for computational speed-up (e.g., the famous Shor’s algorithm), and for securing cryptographic schemes based on quantum correlations. Key distribution and randomness generation are among the applications of contextuality that can be applied to enhance the security of communication systems.

“The new paradigm is to see physical theories as computational resources that can be utilized for building powerful devices. Our approach brings in the abstract and effective tools of algebraic topology, a branch of mathematics studying algebraic approximations of spaces, to better characterize the quantum features responsible for information-theoretic advantages.”

The team’s topological approach was developed in collaboration with Assoc. Prof. Robert Raussendorf of the University of British Columbia and further refined by the introduction of homotopical concepts that emerged during Dr. Okay’s PhD thesis work.