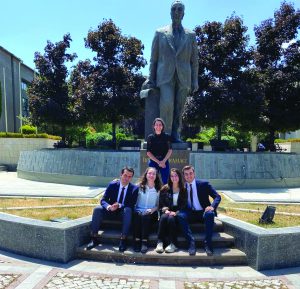 The competition commenced in November 2019 with the drafting of two legal memoranda in a hypothetical legal dispute involving a distributorship agreement under the ISTAC Arbitration and Mediation Rules and Turkish law.

The oral rounds of the competition, which due to COVID-19 took the form of online hearings, followed in July. Hundreds of law school students on nearly 50 teams, including the Bilkent team, participated in the hearings. Bilkent is the only Turkish university to have had a team come in first twice and whose team has placed in the top three every year since the inauguration of the competition.