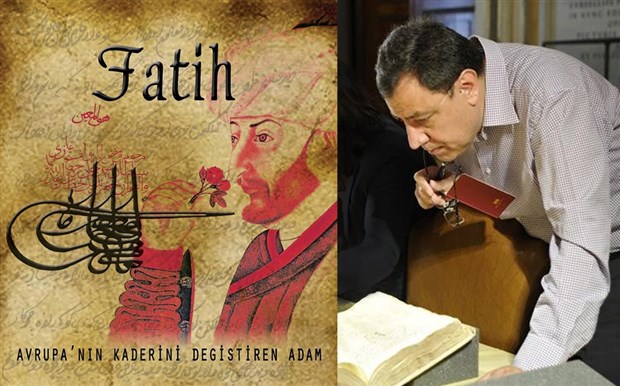 “The Man Who Changed the Destiny of Europe: Fatih,” a documentary scripted by Asst. Prof. Mehmet Kalpaklı, chair of the Department of History and the Department of Turkish Literature, premiered at the National Museum of Oriental Art in Rome on January 10, in conjunction with a special exhibition running from January 10 to February 14.

Dr. Kalpaklı was also the historical advisor for the film, which tells the story of Fatih Sultan Mehmet and his age. One of the Ottoman Empire’s most famous sultans due to his conquest of Constantinople, Mehmet II ruled the Ottoman lands from 1444 to 1446 and 1451 to 1481. The documentary, featuring commentary by many scholars with expertise on the Ottoman Empire and Mehmet II, took three years to make and was filmed in seven countries.

“Mehmed the Second was the ruler of the lands and seas and also the sultan of science, art and poetry with his sword in one hand and his pen in the other,” stated Dr. Kalpaklı. “So, this is a documentary about not only a conqueror but also a ‘Renaissance’ intellectual and patron.”

The film received widespread coverage in the Italian media, with mention on RAI TV and articles in La Repubblica and many other print outlets.

A clip from the film may be viewed at https://www.youtube.com /watch?v=0Xojao_f30s.