Metalcore is a relatively new sub-genre of metal that is influenced by the hardcore punk movement. It is known for a heavy and aggressive sound with extensive usage of breakdowns, dense and rhythmic drumming in the foreground and strong, brutal vocals. Breakdown can be defined as slow, yet very heavy and intense short passages. As a fusion genre itself, metalcore is also divided into many sub-genres and is stylistically very diverse, so it is not really possible to categorize it according to strict definitions.

Metalcore sub-genres are very specific and are generally labeled in terms of the genres that influence them or the themes they base their work on. It is possible to find very interesting sub-genres such as mathcore, deathcore, sludgecore, grindcore and even Nintendocore. I mostly focus on standard metalcore and the largest sub-movement, deathcore; I am not really interested in the other small movements, which are generally limited to only a few bands.

Metalcore is not a genre that can be adequately described in words, so if you are interested in or curious about it, here is a list of my favorite metalcore albums for you. The ordering is random; you can pick the ones that seem to suit your taste the best.

Unearth – The March and Darkness In Light 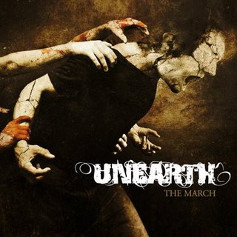 Unearth is a creative, but very underrated metalcore band. Their sound is much more melodic and technical than is the case for most of the genre. Their frontman, Trevor Phipps, produces very balanced vocals. They are harsh and heavy enough to fit the mood, but unlike many metalcore vocals, they do not suppress the instrumentals or exhaust the listener after a few minutes. The band’s two inspiring guitarists, Ken Susi and Buzz McGrath, are great composers and the source of the band’s creativity. The rhythms and lead guitar sections are harmonious and technical, and the guitar solos are one of a kind (while other bands in the genre do not even compose solos). The band members work with Adam Dutkiewicz, the guitarist of Killswitch Engage, as their producer and recording engineer.

“The March” was Unearth’s breakthrough release, since the band gained recognition mostly on the basis of this album. In my opinion, all of the songs on this album—which are linked by continuing musical themes—are definite classics of the genre. The dense drum tracks and creative guitar playing, in particular, create a very unique sound, which the band had developed over the course of their previous three albums.

The unique sound that Unearth created with “The March” was further improved in their next release, “Darkness in the Light.” This album is conceptually similar, but the sound is more satisfying and mature, with the addition of the piano, and the clean vocals on top of the beautiful production. Even though the band worked with Adam Dutkiewicz on both albums, the production, tone and mixing are much better on this one.

Parkway Drive is a metalcore band that consists of a group of Australian surfers. Their sound incorporates beautiful breakdowns with just enough melody, brightened up by catchy, creative choruses and vocals performed by Winston McCall, one of the strongest voices in the genre. With every release, the band has experimented with various changes in their sound, and “Horizons” is their most melodic album, in which they started forming their signature sound. In later releases, they employed more breakdowns and decreased the melody in their tracks. So, in my opinion, the sound of this album has the optimum ratio of melody and heaviness.

DevilDriver is a California-based metalcore band. Even though their sound makes use of typical metalcore elements, such as heavy palm mutes, dark, brutal vocals (by Dez Fafara) and great breakdowns, their song structures are very clichéd. Most metalcore bands do not have a standardized song structure, but a listener familiar with DevilDriver can easily guess what is going to happen in almost any of their songs. The band’s sound and the way they perform are very good and their albums enjoyable, but there is not much to dig into behind the surface. “Pray for Villains” is their most melodic and least guessable release. In my view, their two later albums have failed to maintain the same level of quality.

Killswitch Engage – The End of Heartache 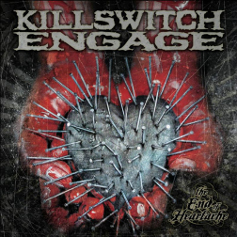 Killswitch Engage is one of the **************** most influential early metalcore bands, and has inspired many new bands to play metalcore music. The band has also given birth to two iconic vocalists, Jesse Leach and Howard Jones, and their guitarist and former drummer, Adam Dutkiewicz, is a leading figure in the genre. He has done the production work on many important albums and is one of the creators of the metalcore sound.

Stylistically, Killswitch Engage has been more of a classic metalcore band, since they are among the founders of the metalcore sound. Even though they do not compose very technical material, their song structures and creativity give the listener a lot to examine. This album is one of the classics of metalcore, offering amazing vocals by Howard Jones and very creative and inspiring guitar riffs, as well as the strong drumming that ties everything together.

See you next time, with some personal comments on the music industry and music as art.