Feast for the Ears – Alarga 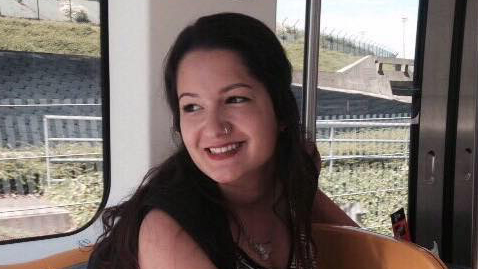 It was another cold day in Ankara when I first came across the name “Alarga: The Band” in a local bar’s event listings for that month. Artists that I’d heard before were also listed, and I’m not someone who goes out on purpose just to discover new sounds; but whatever it was that made me want to go to this concert so badly, it was enough to motivate me to take two friends with me and hear this band perform. And never before in my life had I been this amazed by the beauty of live music.

The Turkish word “alarga” means “open sea” in marine terminology. The band comprises Çağın Kırca on vocals and guitar, Cansu Turgut on keyboards, Ozan Özgül on bass, Can Sürmen on drums and Hakan Karaaslan on trumpet. Çağın – who happens to be a Bilkenter – is also the songwriter. Although the band came together in 2014, they have only one official album, “Mono,” and one single, “Göründüğü Gibi Değil,” which leaves us with the motto “quality over quantity.” You could catch them live here in Ankara quite a lot a couple of years ago, but unfortunately for us the band has since moved to İstanbul.

What these guys do, what their sound does to you (or to me) is indescribable in words. I know that I attempt such descriptions every other week, but here goes again.

The group identifies their genre as indie pop; putting it another way, they make music that flows like silk. The song “Bihaber” has that gliding sateen feel, not because it has the softest melody I’ve ever heard, but (partly) because of its beautiful lyrics, which translate as: “Every day of mine is like that one when we met. Even the sky became shy, turned red; no one had ever looked at one another like that.” Added to everything else that makes seeing them on stage such a good experience, the transition from this song to the last one from “Mono” is just so well done at every concert. (Having been to three so far, I’m very confident about this.) 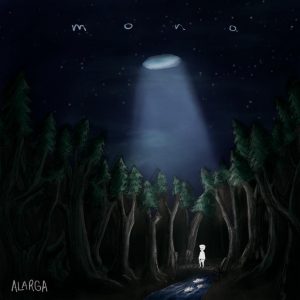 This, the last song from the album “Mono,” doesn’t necessarily start at a fast tempo, but the way Alarga creates suspense on stage at its beginning gives the audience what it promises. So intense, so naturally loud is every part of this song that you kind of understand the reasons behind that manifestation. I wouldn’t say that everyone can relate to these songs – they’re very personal indeed – but most listeners can clearly see why they were written. That being said, the title of this particular song, “It’s Something So Humane,” gains a whole lot of meaning.

Alarga’s music functions in a specific way. You can’t listen to these songs too many times in a row, because they would lose their intimate effects and meanings. But when you hear them again after a little time has passed, they make your day. They urge you to reach out to their creators and ask them to come back to their hometown, the place where they began, the place where they lured me and my friends to a concert: Ankara.

Alarga isn’t part of the new-generation alternative Turkish music scene; they go beyond absurdist amateurs and share only their best work – songs that will make sense 10, 20 years later. I feel lucky to have seen them perform, and horrified by the idea of them fading out. I hope for everyone’s sake that they continue making good music.

Second Semester Update: Just yesterday, I heard that a new album is on the way!