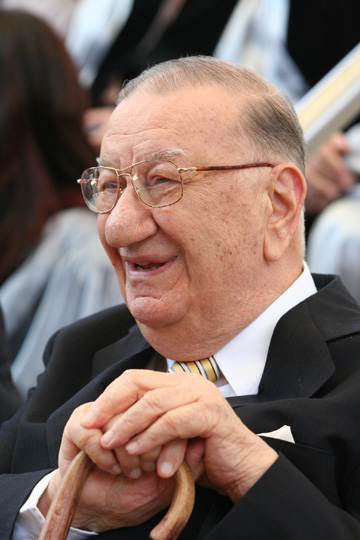 February 25, 2015, marks the fifth year since the loss of our beloved founder, Prof. İhsan Doğramacı. To commemorate the anniversary of Prof. Doğramacı’s passing, the Mevlit will be recited at the Doğramacızade Ali Paşa Mosque on Wednesday, February 25 following the noonday prayers. For those who wish to attend, buses will depart from the Rektörlük building at 11:45 a.m.

In the afternoon, a panel “In Commemoration of the Fifth Anniversary of İhsan Doğramacı’s Passing” will take place at 2:30 p.m. in C-Block Auditorium in the FEASS building.

On the evening of that day, the Bilkent Symphony Orchestra will give a concert dedicated to the memory of Prof. Doğramacı, who was a lifelong music lover. The orchestra, conducted by Santtu-Matias Rouvali, will perform pieces by Nielsen, Mozart and Holst.

Concert In Memory of İhsan Doğramacı