The Donizetti Classical Music Awards are presented annually by Andante, a monthly classical music magazine published in Turkey. The recipients of the 2018 Donizetti Awards were recently announced; they include several musicians who teach at Bilkent or are studying or have studied here. This year marks the eighth time the awards have been given.

Following are the award citations as presented by Andante:

Composer of the Year – Onur Türkmen

For his contemporary interpretations of old Turkish maqams, development of the unique composing method “Hat,” appointment as a permanent member of the European Research Council, and masterful use of traditional Turkish instruments along with Western ones in the field of new music; and for producing works that are performed across the world from Vietnam to the United States, receiving commissions and invitations from new music festivals in Europe, and having had a “portrait concert” at the Guitar Plus Festival in Würzburg, Germany. 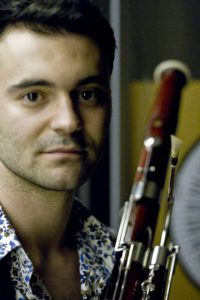 For regularly premiering works involving the bassoon in chamber music, as well as his accomplished performance of bassoon solos of major orchestral works, the exceptional tone he produces, and his ability to gain the appreciation of conductors.

Chamber Music Ensemble of the Year – The Anatolian Wind Quintet

For broadening the current repertoire for the wind quintet through their arrangements, as well as their compilation of a collection from Turkish folk music, their outreach to Anatolian cities and universities through their tours, and the high quality of their performances.

The ensemble includes Ozan Evruk on the bassoon, as well as graduates Cem Önertürk (flute) and Ufuk Soygürbüz (oboe).