For the Second Time, BILWIC Organizes Ankara Celebration of Women in Computing

27 March 2018 Comments Off on For the Second Time, BILWIC Organizes Ankara Celebration of Women in Computing 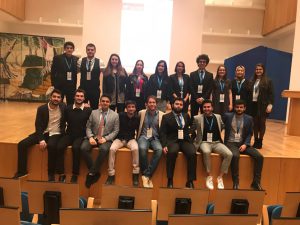 Held in the BLIS Performance Hall on March 10, this year’s Ankara Celebration of Women in Computing (ACWIC) brought successful figures from different backgrounds in Turkey’s IT sector together with students and other participants from a number of universities. The event was organized by BILWIC, the Bilkent University student chapter of ACM-W (the Association for Computing Machinery’s Council on Women in Computing).

Each year, the ACM’s global Celebration of Women in Computing aims to promote communication, build community and break down feelings of isolation among women working in the field of computing. Last March, BILWIC organized this international event for the first time in Turkey. This was a second “first” for BILWIC, which also has the distinction of being the first international ACM-W student chapter.

In hosting the celebration at Bilkent, BILWIC received support from ACM Hacettepe Student Chapter, as well as the approval of the parent organization ACM; this approval meant that  the participants received global certification for attending.

After listening to the presentations, attendees remarked that they were inspired by the stories and insights shared by the speakers, which reflected the contributions they had made to advancing the participation of women in the informatics and business sectors.