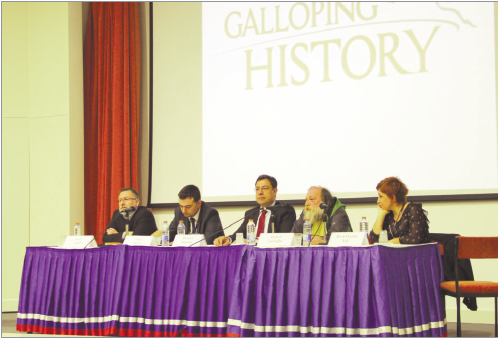 Last week, Bilkent welcomed numerous expert scholars and researchers from around the globe for a three-day symposium, “Galloping History/Dörtnala Tarih,” focusing on the significance of the horse in human history. The proceedings, which took place April 16-18 in Mithat Çoruh Auditorium, were accompanied by an exhibition entitled “Gallant Horses – Nameless Heroes/Kahraman Atlar – Adsız Kahramanlar,” and a visit from three TJK (Türkiye Jokey Kulübü) and Atlıspor Kulübü horses. 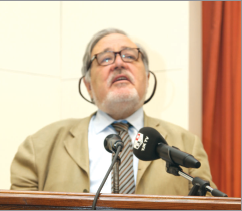 The symposium officially began on Wednesday, April 16, with a keynote address by Prof. İlber Ortaylı. This was followed by the opening of the exhibition and the appearance of the three majestic horses. Their visit was particularly significant, as it helped to imbue the subject matter of the conference with an irrefutable sense of reality.

This was the first such symposium to be organized in Turkey, with few, if any, precedents elsewhere in the world. The following two days saw nearly 30 presenters discuss an immense range of historical topics related to the horse and equine culture in eight thematically arranged sessions. Almost all historical periods were covered during these sessions, and it seemed that very few regions of the globe in which a genuine equine history could be recognized went without mention. 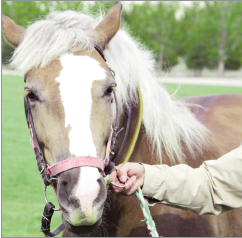 The experts who spoke shared their discoveries concerning topics ranging from Ottoman imperial horses to the depiction of the horse in Enlightenment painting, from thorough-breeding in early twentieth-century America to consumption of horse meat in the same country in the preceding century, from Tsarist Russia’s cavalry magazines to horses in Carolingian Europe, from horses in the medieval Armenian highlands to the importance of the horse in native American culture.

The symposium came to a close with a roundtable discussion, which quickly transformed into an interactive platform of debate in which the audience, consisting of graduate students, Bilkent scholars and visiting speakers, partook in an intense as well as entertaining exchange of ideas and questions, along with suggestions as to how future Galloping History/Dörtnala Tarih symposia could further what the first one had achieved. 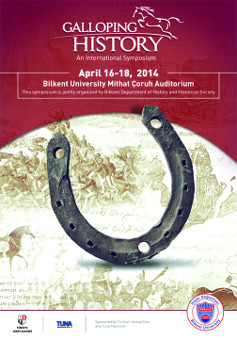 The Department of History and the Bilkent Historical Society are organizing an international symposium entitled Galloping History/Dörtnala Tarih, to take place April 16-18.

The three-day proceedings will include numerous sessions in which expert scholars and researchers will discuss a diverse range of historical subjects related to the horse. An exhibition entitled “Gallant Horses – Nameless Heroes/Kahraman Atlar – Adsız Kahramanlar” will be on display in conjunction with the event.

It is no exaggeration that horses have been one of the most, if not the most, important companions to humankind since the development of civilized societies. Horses and equine culture have played a great many roles in all historical epochs, in areas including but not limited to military, social, economic and literary aspects of human life.

The symposium takes this as its point of origin, bringing together scholars from around the globe to explore, discuss and draw attention to how humankind shares its history with these beautiful animals. With the development of industrial modes of production and the progress in transportation that was brought about by the combustion engine, horses and equine culture departed first from the realm of the everyday and then increasingly from most facets of human life. The perception of horses and the culture associated with them in the contemporary world as being characteristic of a certain socioeconomic class simplifies—if not hinders—the true significance of humankind’s relationship with these animals.

To elucidate this significance, the Bilkent University Department of History and the Bilkent Historical Society have invited scholars and researchers to participate in a symposium to discuss the topic of horses and equine culture in a historical context.

The symposium is also to be a continuation of the long tradition of historical research and scholarly activity distinctive of Bilkent historians. In recent years, the Department of History and the Bilkent Historical Society have hosted many events—a considerable number being international—on subjects as varied as the history of food and culinary culture; the Age of the Tulip; Piri Reis and the history of cartography and the seas; the social and cultural history of migration; the history of travel and its culture and literature, focusing on Evliya Çelebi and his contemporaries; urban history, with trips to historically significant localities; and the current series of events in remembrance of the centennial of the outbreak of World War One.  Galloping History/Dörtnala Tarih will contribute to the continuing effort of historical scholarship produced by Bilkent’s historians and social scientists that points to the fundamental significance of the history of society, culture, economics, art and literature, intellectual and scientific endeavor, and religion—that is, the diverse spectrum of human activity irreducible to the political alone.

The Department of History and the Bilkent Historical Society invite all Bilkenters to Galloping History/Dörtnala Tarih. For details, visit: http://hist.bilkent.edu.tr/gallopinghistory.