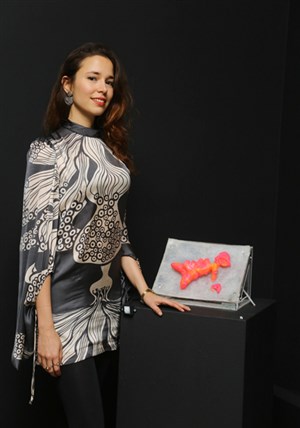 An exhibit by Department of Graphic Design 2012 graduate Meltem Şahin is currently on display at the Mixer Art Gallery in İstanbul. Titled “Negative Pleasure,” the show will run until December 3.

After graduating from Bilkent, Ms. Şahin attended the Maryland Institute College of Art on a Fulbright scholarship, receiving an MFA in illustration practice. “Negative Pleasure” is the title of her master’s thesis, which incorporates a show with animations, toys and kinetic sculptures along with a written thesis.

The term “negative pleasure” was coined by Immanuel Kant. He described it as “a turmoil of emotion or vibration between pains rising from inadequacy of all sensible standards and pleasure emanating from correspondence with rational ideas.”

Ms. Şahin has drawn editorial illustrations for magazines like Sabitfikir and BantMag, and has illustrated three books that were published by Can Children’s Publishing. Her Nasreddin Hoca illustrations were exhibited at the Bologna Children’s Book Fair in Italy, one of the major global events in children’s literature and publishing; she was the only Turkish artist selected from among three thousand applicants.

The book that she illustrated most recently, “P Is for P*ssy,” is an “adult” alphabet book that has received positive notice in media outlets that include the Huffington Post, DesignTAXI and BuzzFeed. In addition, her animation “Flow” earned the “Excellence in 2D Animation” award at the MICA Animation Festival. 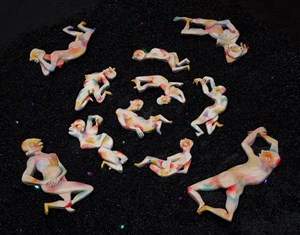 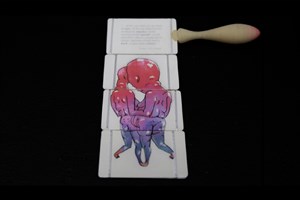