10 December 2018 Comments Off on How Rock Music Diverged

Anyone who has the slightest interest in rock music would, if asked to name the best-known bands of the last half century, first mention several that would share the feature of being either American or British. Considering the British and American impact on the rock scene, this fame is certainly deserved rather than exaggerated. However, what would the music of today be like if this blues-influenced tradition had continued? Sure, we would still have the progressive rock scene, which is filled with giants such as Camel, Genesis, Yes, Jethro Tull and Gentle Giant; but that movement was itself a means to broaden the spectrum of sounds that rock music had to offer. All of the said artists tried to escape the limits that the blues tradition of rock had set by merging rock with different styles. For example, Genesis and Yes produced a combination of rock and classical music, while Jethro Tull combined rock and folk. These musical endeavors were all attempts to go beyond the recurrent musical themes of rock music.

Another branch of rock music was developed by Germans during the last few years of the ’60s and the early ’70s. Having no blues roots, these German youngsters found it rather easy to experiment with novel musical ideas. They employed intricate drum patterns, atmospheric pads and keys, a broad spectrum of sound effects, guitar licks that had little to no relation to blues, and, finally, a layered song architecture. This style that came from Germany has been called “Krautrock” after Faust’s piece of that name (although another label, “kosmische Musik,” does exist). Even though their sounds differ to a great extent, krautrock artists share several features in their work. Sonically, they are often minimalistic; they focus on the layers of their music rather than their technical capabilities (although a great many of them are also masters of their respective instruments). Their songs are repetitive and rhythmic, to the point that the krautrock duo Neu! invented their own beat (the “motorik” beat). And as already noted, their guitars are divorced from the style of the traditional, blues-based rock guitar. Leaving musical and technical features aside, it can be said that their pieces and songs exhibit a common nihilistic feeling. They seem to declare how silly or empty life is; they are, at some points, absurd and demonstrate an apparently sarcastic sense of humor.

Krautrock had a huge impact on the post-punk and electronic music scenes that emerged almost a decade later. Joy Division, not the first but the best known post-punk band, was greatly influenced by krautrock. Steve Morris, Joy Division’s drummer, was inspired by Can and Neu! to develop his own signature machine-like style. Kraftwerk, whose musical ideas helped to form a whole new electronic music scene and later influenced rock giants Depeche Mode, was also a krautrock band at the start. Another krautrock-influenced band worth mentioning is Stereolab. 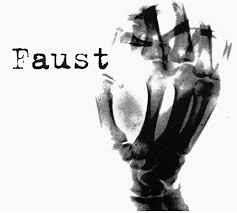 If I were asked to name my very favorite krautrock bands, I would definitely first mention Can. Their songs have the power to hypnotize the listener and clear the mind of the torpor resulting from routine life. As for the individual songs that have affected me most, I would mention “Paperhouse,” “Mother Sky,” “Spoon” and “Vitamin C.” For albums, I would recommend “Tago Mago” (1971) and “Ege Bamyası” (1972), both of which are generally considered Can’s best and most iconic albums. Can is unique in every possible way: the primitive screaming and chanting by Damo Suzuki, the elegant guitar parts by Michael Karoli, and my favorite, the intricate tribal drums by the late Jaki Liebezeit.

Alongside Can, there exist many bands from the krautrock scene. Among them is Neu!, which I have already mentioned here more than once. Neu! is known for their repetitive songs and studio manipulations of sound, as well as their lengthy instrumentals. Even though they released very few albums, they gained respect from many artists, one of them being the late David Bowie. Formed in 1971, Neu! released two studio albums, “Neu!” (1972) and “Neu! 2” (1973), that belong to the family of krautrock classics. Individual songs worth highlighting are “Negativland” and “Hallogallo.”

Perhaps the most influential and iconic band related to the krautrock scene is Kraftwerk. Their eagerness to produce sound out of electricity and the unique thought-provoking, sarcastic and ironic style of their lyrics has made them one of the most renowned rock bands of all time. Kraftwerk has been on the music scene since the beginning of the ’70s, and their legacy has continued over the following decades. They gained wide success with their albums “Autobahn” (1974), “Die Mensch Maschine” (1978), “Computerwelt” (1981) and “Electric Café” (1986). As one of the first bands to incorporate electronic instruments in their songs, Kraftwerk influenced the synthpop scene that was popular during the ’80s. They also influenced contemporary rock music artists, among them David Bowie, to the extent that there is a song on Bowie’s 1977 album “Heroes” titled “V2 Schneider” – a reference to Florian Schneider, a founding member of Kraftwerk, and the World War II German V-2 rocket.

It would be foolish to think that a whole scene was led by three or four bands. Indeed, there is much more to krautrock than I could possibly cover here, but I would like to at least mention a few more albums: Popol Vuh’s “In Den Gärten Pharaos” (1971) for devotees of tribal and atmospheric music; Faust’s self-titled 1971 album for fans of noise rock, psychedelic rock and musique concrète; and the albums of Tangerine Dream for lovers of psychedelic rock and electronic music.

In conclusion, it is worth noting that progress in music comes by reverse engineering and rebuilding what has been created before. Were it not for Can’s, Neu!’s and Kraftwerk’s ambition to diverge from the blues-based rock music mentality, we would perhaps not have had Joy Division, the Cure, Depeche Mode or the whole electronic music scene of today. If progress is to be made in music, it must come through departing from long-established musical norms and rewriting the rules.