How & Where They Write: Nur Bilge Criss 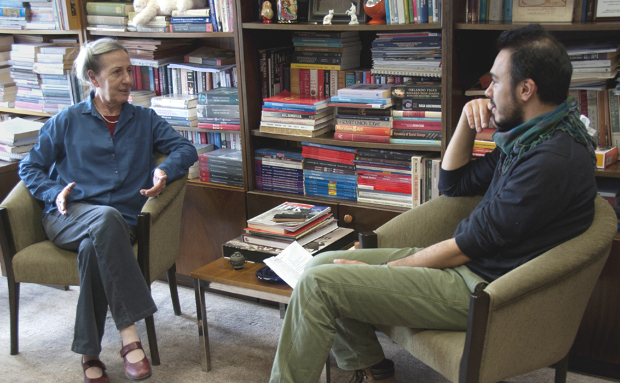 Alp Rodoplu: Do you enjoy writing?
Nur Bilge Criss: I enjoy writing tremendously. It’s not something you can do without liking it, and it shows when a piece of writing is produced with a kind of passion.
AR: But it’s not an easy task? It’s often frustrating, even painful at times.
NBC: It depends on what you are writing about. The desire to have a say-so on an issue, and not necessarily in your own intimate field, is a powerful motivation. In my case, there is also the motivation to dig into the past so that old knowledge is updated with new knowledge; and succeeding at this is a wonderful feeling.
AR: Where do you normally write? Here, in your office?
NBC: I prefer writing at home. My little library is a very intimate place. It’s my place. Here I mostly do administrative work or type up what I wrote at home on the computer. It might surprise you as a young person, but I don’t have a computer at home—so I’m free. Here in my office, I can’t be alone because students, calls, e-mails come. And I still like my pencils and paper—I like the smell, I like the aura, the whole thing. 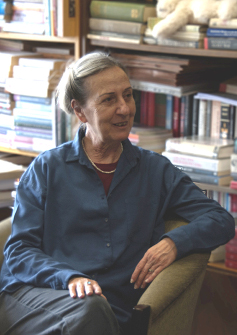