“I Got Everything I Wanted”:

“I Got Everything I Wanted”:

The Greed of the Perfectionist

As the famous song goes, I recently got everything I wanted – or at least a very noteworthy thing that I had wanted for quite some time – something that I had been working very hard on.

And then somehow, tragically, I found myself wanting more.

Although it’s best not to make an actual diagnosis (especially of yourself) based on such informal evidence, my questioning of this experience found some answers when I realized that I have a perfectionist side, which sometimes struggles to be satisfied with what I achieve: a side of me that tries very hard to reach excellence yet is unable to recognize when I arrive at that point. Sometimes, it’s even difficult for this side of me to see excellence that I’ve already achieved, due to what I call “the greed of the perfectionist.”

Even just saying that they’ve gotten everything they wanted may not be very easy for a perfectionist. To feel a sense of accomplishment, perfectionists expect to meet many unrealistic standards themselves. They expect others to be flawless too, and they need to make sure that others’ opinions of their accomplishments are unrealistically positive.

This is indeed a very complex equation, which refers to the three types of perfectionism described by Canadian psychologists Paul Hewitt and Gordon Flett in their study “Perfectionism and Depression: A Multidimensional Analysis,” published in 1990 in the Journal of Social Behavior and Personality.

In the first type, you demand a lot from yourself while trying to achieve something, and when you do, your self-oriented expectations are still so great that you feel like you can’t even stop to celebrate your success. In the second, you’re critical of others and expect them to do more before feeling that you can say you’re satisfied with your relationship. Moving on to the third type, here you try to control how the social environment will perceive you. Others’ demands must also be met before you can feel that what you did has significant value. What is certain is that all these aspects of a perfectionist approach make satisfaction conditional on meeting many unrealistic demands. When you’re never satisfied, you’re following the path of greed: “a very strong wish to continuously get more of something.” 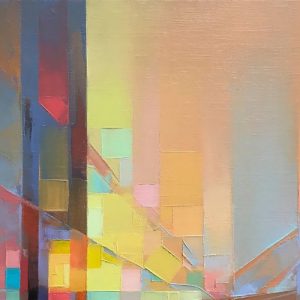 The opposite of this greedy approach would be being satisfied with an option that’s good enough. When you’re constantly striving for excellence, the idea of the best, of the ideal, takes root in your mind. It’s “all” or “nothing.” If you don’t think you can achieve perfection, you’d rather not even try. Having a good-enough result isn’t okay with you. You don’t even realize when things are okay, because you’re waiting for them to be perfect. So, often you aren’t content with things in your life that are in fact really good, and instead strive for more.

A solution: When setting goals, in addition to having in mind an ideal of how things may turn out, you should define what a good-enough result would be. Predetermining that point may help you recognize it when you get there.

To come back to my journey, asking these questions helped me recognize the sense of greed that I sometimes have. Though I’m not proud of it – and it’s difficult to admit to having it – I know others have similar feelings. Research such as Curran and Hill’s 2019 study “Perfectionism Is Increasing Over Time: A Meta-analysis of Birth Cohort Differences From 1989 to 2016” (published in the Psychological Bulletin), suggests that perfectionism has increased in millennials and is strongly linked to experiencing negative emotions.

Very recently, on a day when this sense of greed made me very miserable, a friend of mine tried to make me aware of all the great things I already had – the successes, the achievements. But in the end, what I most genuinely realized was that I had him. And it mattered.

Sometimes we run so hard toward our goals that we forget the things that we already have. The successes that we’ve already achieved. Or the bigger, more valuable things that we have in our lives, like friendship, family, health, love. What would be the biggest loss, and what I’m really scared of, is that greed might prevent us from having a sense of gratitude for all of that.

Who would want to gain everything they desired, but lose even more?

Maybe it’s time to loosen our grasp and dare to let go of the perfectionist’s greed.