02 December 2013 Comments Off on In the Spirit of Piri Reis, GRA Students Create World Map 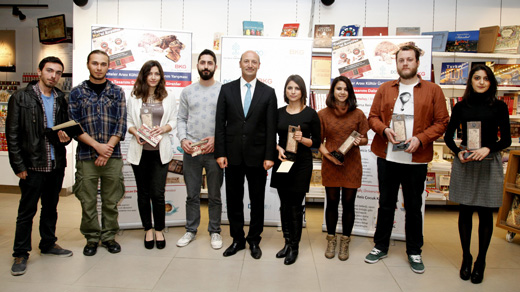 A group of Bilkent third-year Graphic Design students have been awarded second prize in the BKG Intercollegiate Culture Competition in the field of graphic design. BKG (Bilkent Kültür Girişimi) is a Bilintur subsidiary that operates 55 museum shops throughout Turkey. The students received the award for their world map design entitled “Piri Reis’e Selam Olsun.”

UNESCO designated 2013 as “Year of the Piri Reis Map” to honor and commemorate the Ottoman admiral and geographer, who created the first Turkish illustrated world map and authored the famous navigation book “Kitab-ı Bahriye” in the 16th century. As part of the commemorative events, BKG organized a competition in which graphic design students were asked to create a collaborative map of today’s world. The concept behind this was that although there is no territorial land left to discover in the modern era, there is still room to imaginatively interpret the vision and works of this great sailor, pirate and mapmaker through the visual arts. 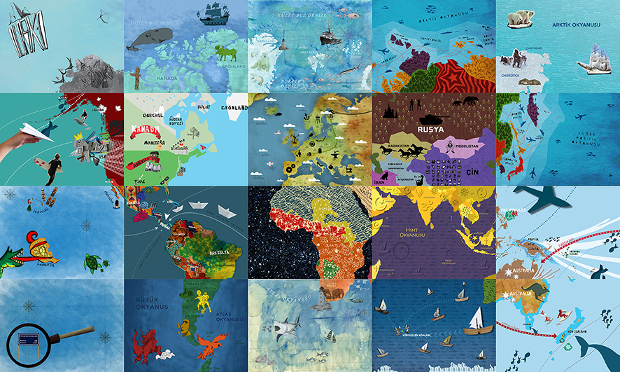 In the competition, students used existing world maps as a template. For their project, each of the Bilkent GRA students was responsible for studying a portion of the world map and then interpreting it, using various techniques such as typography, collage, watercolor, illustration, linocut, photography and other digital methods. The finished project measured 120x200cm and was made up of 20 individual 30x40cm sections.