As I promised in earlier columns, this week I present to you the one and only Kadebostany. I was introduced to this band only a few months ago, and they have been one of my recent favorite bands since then. In fact, the reason my friend mentioned them to me at that time was the announcement of their forthcoming concert in Istanbul, which I will review a few paragraphs further on.

Although I believe you are familiar with the band, I would like to briefly describe their style. Kadebostany is a very new synth/art pop band that has started to gain mainstream recognition. Their songs are catchy, rhythmic and definitely creative; they feature very satisfying brass parts, just enough emphasis on the drum-machine lines, fascinating vocals and diverse synthesizer tracks. The songs are very accessible and quite simplistic, but the band doesn’t compromise musical quality and creativity while ensuring the accessibility of their music. This approach is what makes Kadebostany special for me, proving that one doesn’t have to make consumable and shallow music in order to be successful as a mainstream pop band. It is still possible to reach the masses with high-quality compositions. It has been a very long time since I have encountered such a mainstream band, so it would be safe to say that Kadebostany has restored my faith in the average listener’s musical expectations.

Another reason behind Kadebostany’s success is their appealing and creative imagery. The stories they tell about the “Republic of Kadebostany” and its infamous leader “President Kadebostan” are the icing on the cake, to go along with their great musicianship. They place as much emphasis on the visuals as on their music, which is, I think, what makes them so unique. With such material, they can easily turn their concerts into theatrical performances.

I watched a few live videos of the band before going to the concert, so I had an idea of what to expect. In spite of the ridiculously small stage, where they could barely fit with their instruments, they still managed to surprise me. The musical performance was almost better than the studio recordings. The synthesizers and live mixing were done very smoothly in the background, while the nicely arranged guitar tones, amazing brass performances and gorgeous vocals took the lead. The band was in great harmony, as if they had been playing together for decades. In addition, they really knew how to interact with their audience. Aside from their musicianship, I think the most notable characteristics of the band members were their sincerity and warmth. Kadebostany didn’t make us feel like we were watching big rock stars. It felt more like they were playing for a group of their friends in someone’s living room, which obviously made their efforts and the whole performance of much greater value for me.

Despite how good the band was and how much I enjoyed their performance, I couldn’t ignore the deficiencies in the way the event was organized, or the musical ignorance of the majority of the audience. I don’t want to get into detail about how destructive the ticket business monopoly is for the music industry, since it would require a full column to analyze. Rather, I would like to talk about the attitudes of both concert venues and audiences.

What frustrated me the most about the Kadebostany concert was how unsuitable Hayal Kahvesi, one of the most popular concert venues in Istanbul, was for a live musical performance. The stage was barely larger than a few teacher’s desks put together. It was placed next to the entrance to the toilets, which is why nobody could use them all night. The quality of the sound system could be compared to that of the room-scale, twenty-year-old audio equipment I use for my record player. During the concert, Kadebostany had to stop four times because of “technical problems,” which were basically sudden disconnections of the sound system. In this so-called concert venue, it didn’t really feel like there were any efforts made to provide spatially uniform audition. It felt like some bar managers had realized how profitable the concert business is and thrown a few pieces of wood in some unused corner to make a stage and bought some large speakers that gave an audible output. Until recently, such amateur venues have dominated the concert business. Hopefully this will change soon with the appearance of more professional competitors, who actually give credit to sound expertise, such as Salon İKSV or Volkswagen Arena. 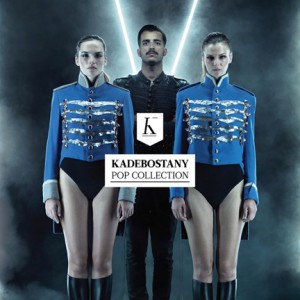 The low quality of the concert venues isn’t really surprising, though, considering the expectations of the average music consumer. I have been to quite a lot of concerts featuring music of many different styles, varying from death metal to techno, in Turkey. I have also had the chance to experience a few concerts and two major music festivals in a real music country, Finland. Comparing the awareness of the audiences and the value they place on music yields very unpleasant results. The concert audience in Turkey always seems to be more interested in being at the concert than in the actual music performance itself. Adding a fancy, popular band to their “concerts I’ve been to” list seems to be a bigger concern for them than how good the instrumental performance is or how the live mixing is done, etc. Such an attitude causes many more problems. In fact, it is really rare for the audience to actually know much about the bands and be familiar with their songs (excluding the dedicated metal community). Almost everybody tries to get closer to the stage, as if it were a competition. I would partially understand such a rush if it happened only at the beginning of a concert, but at the Kadebostany performance, for example, there were dozens of people trying to crowd forward even during the last few songs. I don’t think I need to mention how loudly everyone speaks to each other and how many people yell for no reason during concerts, which is indescribably disrespectful to both the artists and the rest of the audience. Perhaps if we started to value the actual musical experience rather than the outward show of a concert, we would have a much more conscious crowd, and maybe then, an ordinary band coming to Turkey wouldn’t be headline news, but an everyday event, as it should be.