This semester, the ECON460 Economics of Globalization course has hosted two figures prominent in the labor movement in Turkey: Numan Özcan, Turkey’s representative to the UN’s International Labour Organization (ILO) and director of its Ankara office, and Arzu Çerkezoğlu, president of the Confederation of Progressive Trade Unions of Turkey (DİSK). 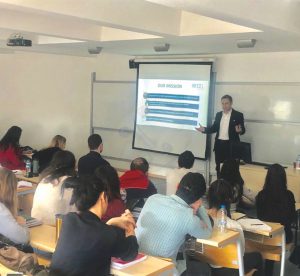 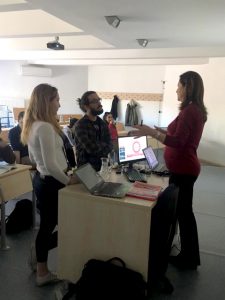 Mr. Özcan visited Bilkent on February 26 and gave a lecture on the “future of work” to the students in the course. He indicated that joblessness is becoming an acute problem both nationally and globally, and that the problem is further worsened by the serious divide between the wages of skilled and unskilled workers. “Wage polarization has many faces,” Mr. Özcan remarked, “ranging from ethnic differences to gender-based divisions.” He stressed the importance in this context of the ILO’s mandate to “create and defend decent jobs for all” and echoed the organization’s most recent report on the “Future of Work” in arguing that “labor should not be treated as a commodity.”

On March 19, Ms. Çerkezoğlu took her turn as guest lecturer for the course. She shared her own experiences as a female union leader with the students and underlined how important it is for labor to be organized in order to defend its rights. Ms. Çerkezoğlu also discussed the key role trade unions play in promoting and securing democratic institutions for the benefit of all.