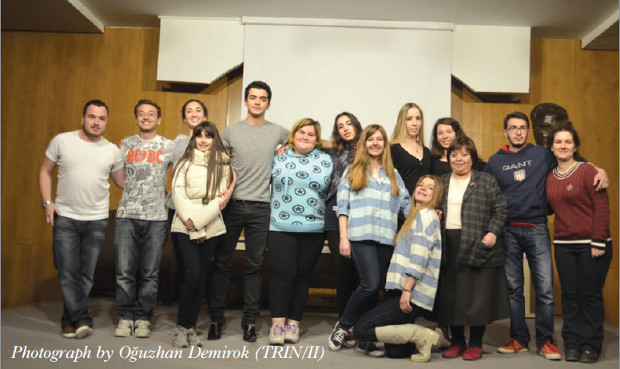 This year, L’Atelier de Théâtre Français (the French Theater Club) at Bilkent is celebrating its 10th anniversary. To mark the occasion, students from the Department of Translation and Interpretation staged their 10th annual show in the Bilkent Theater on Monday, April 14.

The performance, “Variations,” consisted of 10 French skits directed by French Preparatory Program secretary Sabiha Ayral, as well as several musical numbers and dances, the latter with the assistance of the eminent ballet dancer Alper Kafa. Applause and laughter from the audience rewarded the performers for their efforts.

With seasoned members as well as new among the cast displaying a variety of talents in their dancing, singing and acting, the TRIN department showed itself as well-equipped to continue this unique tradition. There is every reason to believe that the group will perform once more next year, in an attempt to earn their eleventh stripe.