Lecture on the Constitution by Süheyl Batum Draws Large Audience 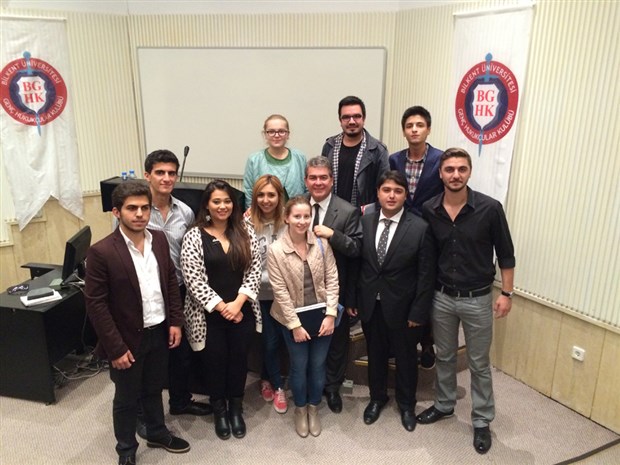 Prof. Batum gave a speech about the new constitution, the political and social conditions in Turkey, and the changes that have taken place in this regard since 1980. He pointed out the problems he has noted in political life and in the legal and legislative systems according to his experience, and also made some recommendations to the audience members, whom he referred to as “young intellectuals.”

The lecture attracted a great deal of interest among students and academic staff. After his remarks, Mr. Batum answered questions about the lecture topic and other current issues. He thanked the listeners for their attendance and the BGHK for the opportunity to speak before a Bilkent audience, and then accepted a plaque from Abdullah Atay, BGHK chairman.