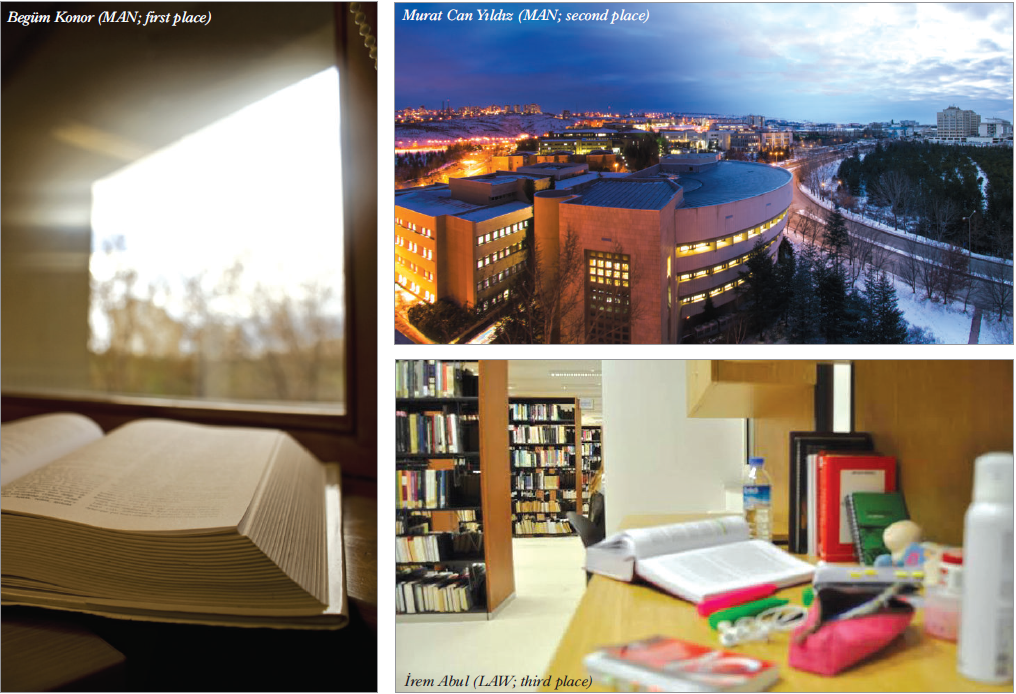 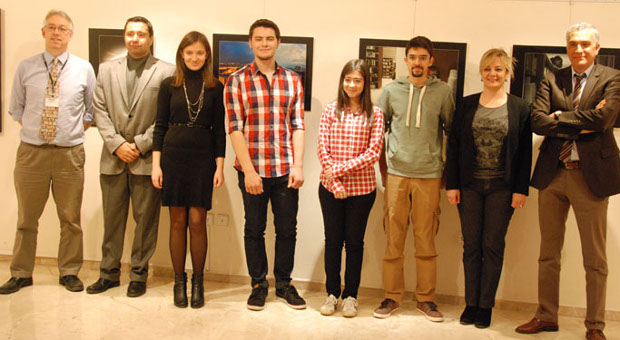 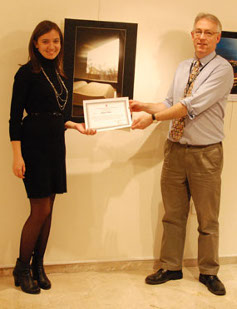 As you will remember, last week marked the 50th Library Week in Turkey. Bilkent Library organized a number of events to celebrate Library Week, including a concert by students from FMPA and participation in the nationwide communal book-reading event. Main Campus Library was also visited during the week by young students from Doğa Koleji and from Nedim İnal Ortaokulu in Mamak. In addition, we held a Photography Competition during the preceding weeks, and the results were announced last week. The judges for the competition were Prof. Bülent Çaplı and Dr. Kaan Olguntürk (both COMD) and Ebru Kaya (Library). The best entries were submitted by Begüm Konor (MAN; first place), Murat Can Yıldız (MAN; second place) and İrem Abul (LAW; third place). The three students attended a ceremony on Friday. We would like to congratulate the three winners, and thank all students who submitted photos for the competition. 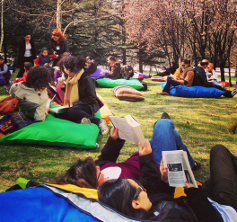 This week the Library will launch its third User Satisfaction Survey. The purpose of the survey is to elicit feedback and suggestions from Bilkent Library users about all aspects of library services and resources. Previous surveys were conducted in 2008 and 2011. Print copies of the survey will be distributed in Main and East Campus libraries, but it can also be completed online, either in English here or in Turkish here.

The survey will be open for response during the period April 7-21. If you would like to help improve our services or if you have any particular concerns about the Library, then please complete the User Satisfaction Survey this week or next. The results will be announced before the end of this semester. Thank you all in advance for your participation.