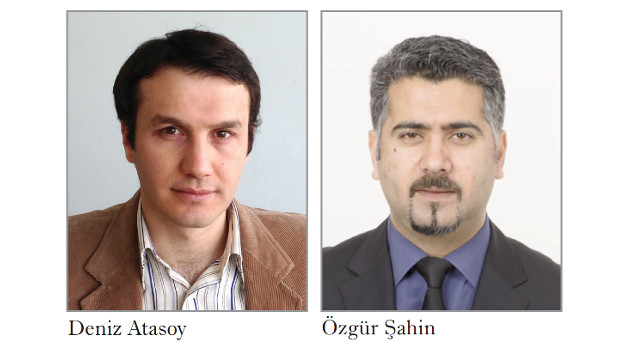 Assistant Professors Özgür Şahin and Deniz Atasoy, members of the Department of Molecular Biology and Genetics since September 2013, have been awarded the prestigious European Molecular Biology Organization (EMBO) Installation Grants.

Dr. Şahin’s research activities are centered on breast cancer. Together with an international team of scientists in computational biology, genetics and medical oncology, he will investigate the mechanisms of resistance against targeted therapy and identify novel targets for the prevention of metastasis in breast cancer. The international team is composed of experts from the US, Germany and Turkey.

Dr. Şahin graduated from the Department of Molecular Biology and Genetics at Middle East Technical University in 2003. He then earned a PhD in cancer systems biology at the German Cancer Research Center (DKFZ) and the University of Heidelberg in 2008. He held positions as a group leader at DKFZ and as a research faculty member at the University of Texas M. D. Anderson Cancer Center (MDACC). He is a recipient of the MDACC Specialized Program of Research Excellence Career Development Award, and the Wilhelm Sander Foundation Grant in Cancer Research. He has published more than 25 research articles in highly regarded international journals.

Dr. Atasoy’s research focuses on the neuronal basis of innate behaviors. Using cutting-edge techniques involving manipulation of electrical activity in selected neuronal populations and behavioral analysis, he will explore the brain circuits regulating hunger and satiety in normal animals and in those serving as models for diseases such as obesity or eating disorders.

Dr. Atasoy graduated from the Department of Molecular Biology and Genetics at Bilkent University in 2001. In 2007 he received a PhD in neuroscience at the University of Texas Southwestern Medical Center (Dallas), working with Prof. Thomas Sudhof, 2013 Nobel Laureate in Medicine. He was until recently a postdoctoral researcher at the Howard Hughes Medical Center in Virginia. He has published over 15 research articles in high-impact journals such as Nature and Science.

EMBO Installation Grants are awarded annually for the purpose of strengthening science in selected member states of the EMBC, EMBO’s intergovernmental funding body. Each scientist receives 50,000 euros annually for three to five years to help them establish research groups in the European scientific community. Grantees are also integrated into the EMBO Young Investigator Program, which provides networking opportunities and a range of career development programs.