Asst. Prof. Yıldıray Yıldız of the Department of Mechanical Engineering was recently invited to give a lecture at the NASA Ames Research Center in California on his research on unmanned air vehicles (UAVs). His presentation, “A Game Theoretical Modeling and Simulation Framework for the Integration of Unmanned Air Vehicles into the National Airspace,” took place on August 24. 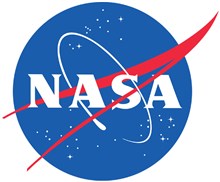 In his talk, Dr. Yıldız noted that the UAV industry has not yet realized its full potential (for example, a civilian UAV market does not yet exist), due in large part to the fact that UAVs still do not have routine access to national airspace. Before these new vehicles can gain such access, they need to be proven safe by means of simulation studies and test flights.

The existing models of interaction between manned and unmanned vehicles are, however, insufficient. The goal of Dr. Yıldız’s talk was to present a game theoretical modeling and simulation framework that provides probabilistic prediction of the behaviors of intelligent agents in the airspace system. This framework can be used in modeling the hybrid airspace where manned and unmanned air vehicles coexist.

Dr. Yıldız has been a member of the Department of Mechanical Engineering since 2014. He also directs the Bilkent University Systems Laboratory. Prior to joining Bilkent, he was an associate scientist at NASA Ames. His research interests are control systems, game theory and reinforcement learning and their applications to aerospace and automotive systems.