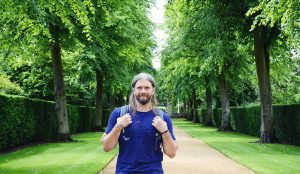 Mete Atatüre, a 1996 graduate of the Bilkent University Department of Physics and currently a professor of physics at the University of Cambridge, has won the 2020 Thomas Young Medal and Prize “for his pioneering contributions to quantum optical phenomena in semiconductors and diamond, creating exciting applications in quantum technologies.”

The Thomas Young Medal and Prize is presented annually by the Institute of Physics (IOP) – the professional body and learned society for physics in the UK and Ireland – for distinguished contributions to optics, including work related to physics outside the visible region. The IOP lauded Prof. Atatüre as “a world-leading scientist in solid-state quantum optics, particularly renowned for the development of quantum interfaces between photons and spins.”

After graduating from Bilkent, Prof. Atatüre joined the Quantum Imaging Laboratory at Boston University for his PhD studies. From 2002 to 2007, he worked as a postdoctoral fellow in the Quantum Photonics Group at ETH Zurich. He joined Cambridge’s Cavendish Laboratory in June 2007 as a university lecturer, and was promoted to a readership in 2011 and to a professorship in 2015.