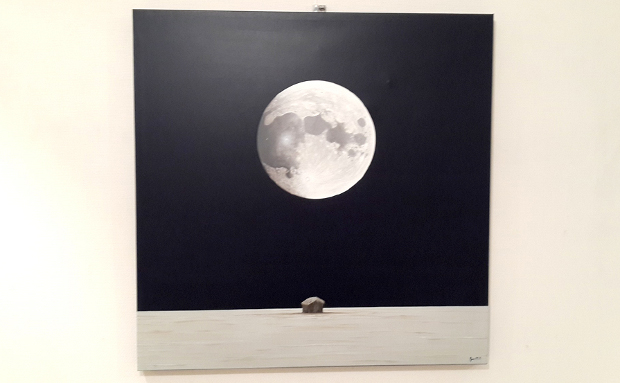 An exhibition entitled “Moon Tales,” by Francesco Borzani, opened at the Library Art Gallery on Friday, March 7. The exhibition will remain open through March 29, from 10 a.m. to 6 p.m. daily (except Sundays).

Mr. Borzani was born in Udine, Italy, in 1959. He works in a figurative style, and his paintings are imbued with a sense of peace and serenity, reflecting a deep love of nature.

His works have been shown widely, in both solo and group exhibitions, in Europe and Australia. Mr. Borzani’s appearance on the art scene in Turkey has been quite recent, at the  TÜYAP Art Fair and at a symposium held last August at the Datça International Knidos Academy. In December, his paintings were exhibited at the Galeri Diani in İstanbul.

In the “Moon Tales” paintings, various natural figures are depicted in the light of a full moon. Another constant presence in these works is a darkly hued sea, with midnight blue being the predominant color.