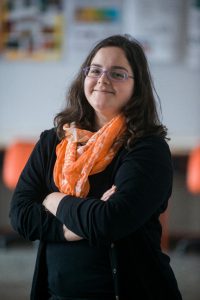 Asst. Prof. Müge Durusu-Tanrıöver of the Department of Urban Design and Landscape Architecture has won this year’s Richard C. MacDonald Iliad Endowment for Archaeological Research, offered by the Archaeological Institute of America, for her project titled “Conflict, Domination and Resistance in Late Bronze Age Anatolia.”

The MacDonald Iliad Endowment is awarded annually to an archaeological project that contributes to the understanding of the Trojan War and its influence on the ancient Mediterranean civilizations. Dr. Durusu-Tanrıöver’s project explores the Late Bronze Age (17th–12th centuries BCE), when the Hittite Empire politically controlled most of the Anatolian peninsula.

Texts from the Hittite central archives attest to long-term conflict between the Hittites and mainland Greece, which may have eventually boiled down to a constructed collective memory of the Trojan War. However, the Hittite texts shed a secondary light only on the regional kingdoms occupying the western Anatolian coast and leave the intervening geography in the dark.

As a sample of this area between the Hittite core region within the bend of the Kızılırmak River and the Aegean coast, the proposed project aims to intensively explore Polatlı (in the western part of Ankara province) through archaeological field survey and archaeometric analyses to offer a bottom-up narrative of the local communities in this region. The fieldwork component of the project will be conducted under the aegis of the Polatlı Landscape Archaeology and Survey Project, directed by Dr. Durusu-Tanrıöver since 2019.