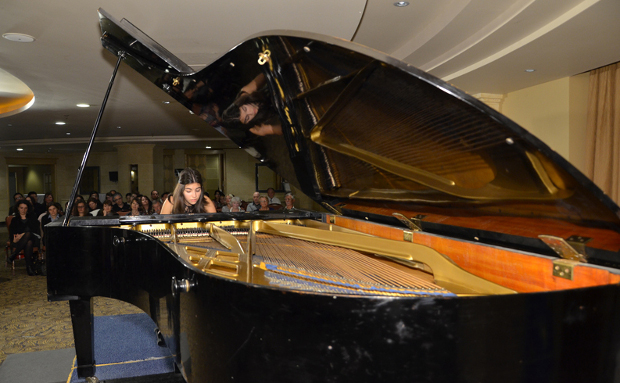 Sıla Şentürk, a ninth-year student in the Bilkent Music Preparatory School, won first prize at the Valletta International Piano Competition held last month in Malta. Sıla represented Turkey in the junior category (13-15 years old) of this highly competitive event. She played several pieces during the competition, and was invited back to Malta to play at a concert later this year.

Organized by the European Centre for Culture & Arts as part of the Valletta International Piano Festival, the competition aims to foster musical exchange and the development of international cooperation among musicians from countries all over the world, as well as to discover gifted young musicians and help them in their artistic progress and professional careers.

Born in Ankara in 1999, Sıla entered the Bilkent Faculty of Music and Performing Arts Music and Ballet Primary School in 2004. She studied with Deren Eryılmaz from 2007 to 2011 and is continuing her studies with Elif Önal. She has given concerts in Turkey and in 2012 played in England at a concert at Chetham’s Summer School for Pianists.