Musical Journey of an Underground Singer-Songwriter

Chelsea Wolfe is a gothic, doom and folk music-influenced singer-songwriter from California. What makes her special and brings her to our “music recommendations” is her ambition in experimenting. She has released four LPs, each completely different in sound and style. Her debut album, “Grime and Glow,” was her most traditional singer-songwriter album. It was well-arranged, with a personal sound, but did not really offer anything new.

However, just a year later she came back with “Apokalypsis,” one of the best albums I have ever listened to. The songs on this record are very simple and repetitive compositions, but the tones, mixing and production are amazing. With diverse sound effects and sufficient reverb, the light instrumentation sounds very dense, and yet the lead instrument, Chelsea’s voice, is never drowned out. The atmosphere she creates and the mood she reflects in this album are really dark and intense, pulling the listener into a very strong emotional experience.

After trying out the dark theme, Chelsea moved on to a pure, acoustic sound and released “Unknown Rooms: A Collection of Acoustic Songs” in 2011. In order to experiment, she put aside well-performed sound production and her unique dark singing style, and recorded completely acoustic songs with pure and elegant vocals. 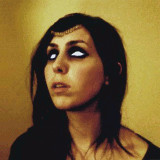 She turned away from all of the most admired qualities of her music; yet the outcome was still a success. This album is written from a totally different perspective, replacing the previous darkness and dense sound with calmness, romance and light, soothing compositions. The little touch of pain hidden behind this new style gives the record a unique flavor, and offers signs of the next stop on Chelsea’s journey across musical styles. 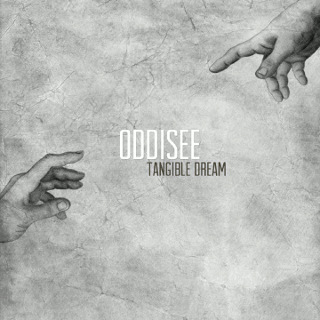 In September 2013, “Pain is Beauty” came out. In this album, Chelsea revisits her earlier dark, emotional mood and combines it with the pure, innocent expression of pain that she discovered in her previous release. Most importantly, she adds synthesizers, pads, drum machines and, above all, a whole new style: electronic music. She mixes all of the emotions and moods she experimented with in her previous releases and serves up the result in an electronic-oriented interpretation, which I think is her most mature expression yet. Elements from her previous releases can be traced from time to time, but altogether the sound feels more complete and satisfying.

It is very interesting to observe the progression and journey of a musician, and experience very different emotions in each phase. The way she expresses herself varies in each record, yet the core never changes. It is hard to understand how her records sound so different but also carry within them the very same feeling and atmosphere. I am awaiting her next musical experiment with curiosity: In what new direction can she go?

Recommended for: Those who like singer-songwriter, folk, electronic or atmospheric music.

Soon… There are many upcoming and recently released albums from the bands that I follow. Here is a quick list.

I wrote about Alcest in my first column. He will be releasing a new LP at the beginning of 2014. Neige says he used only clean vocals on it, producing a softer-sounding album that is dedicated mostly to the sea. The songs from “Shelter” that he has played live definitely sound calmer and also a little different from his earlier work.

This album will probably be released about the time you are reading this. BBNG is a Canadian instrumental jazz hip-hop fusion band. They have announced that their third record will be “an album to drive at night to.” This is an album I am looking forward to. You will probably see BBNG in the band recommendations part of my column soon.

Oddisee – The Beauty In All + Tangible Dream (Released)

Oddisee is a hip-hop producer and MC from Washington, DC. He has just released a mixtape and an instrumental album. In both of his releases he has embraced a new, more common style. Instrumentation and production are pushed into the background, and his vocals brought more to the front. Even though they are not as good as his earlier work, Oddisee has produced two decent records. If you are looking for smooth hip-hop, check them out.

I apologize for having to postpone Mixtape #2 to my next column. So, see you next time with some experimental, melodic post-rock, Mixtape #2 and music updates.