08 December 2020 Comments Off on Must-See Films for Psychology Enthusiasts: Part I

For this column I’ve compiled a list of seven movies that, as a psychology student, I’ve found especially intriguing up to now. I’ve also seen how some of them have been used by Bilkent University professors in their courses to illustrate various topics. However, none of the movies mentioned here require the viewer to have expertise in the subject, and anyone with a little curiosity about psychological issues may enjoy watching them. I’ve included the IMDb rating for each film. 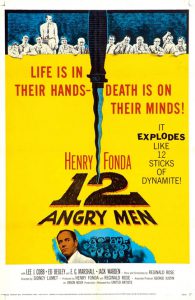 The fate of an 18-year-old Latino suspected of killing his father is being weighed by a 12-member jury. When a single dissenting juror seeks to persuade others that the case isn’t as open-and-shut as it seems, individual biases and preconceptions come into play. The movie is a must-see for those curious about social psychology, since it does an extraordinarily good job of depicting questions about social and moral development. Of course, another reason to watch it would be to see Henry Fonda as one of the jurors. The film’s immense relevance to social psychology comes from the topics it addresses, such as prejudice, conformity, aggression, group interaction, leadership and persuasion. 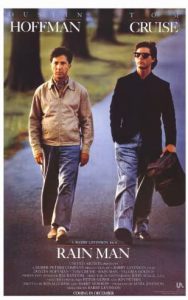 The movie tells the story of Charlie Babbit, a hustler, and his brother Raymond, who, unknown to Charlie, is in an institution, struggling with autism. At a time when there was little general understanding of autism, this movie shed light on the condition and raised public awareness of it. Dustin Hoffman’s fantastic performance in the role of Raymond portrays many of the classic behaviors of a person with autism. The movie in addition draws attention to the stressful conditions that caregivers of people with autism often face. Over time, Charlie finds ways to increase his empathy for his brother. Observing the changing family dynamics as that happens also makes this movie worth seeing.

3. “Eternal Sunshine of the Spotless Mind” 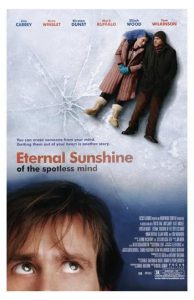 Is it possible to erase specific memories? “Eternal Sunshine of the Spotless Mind” tries to answer this question through a love story starring Kate Winslet and Jim Carrey. The two want to delete their memories of each other, and utilize a high-tech psychological treatment to do so. The movie has a strong cognitive psychology background, basing the narrative on scientific theories about metamemory (knowledge of one’s own memory processes). Watching it will definitely expand your insights into memory reconsolidation and the unstable declarative and emotional aspects of memory.

Part II of this column, with the fourth through seventh films on the list, will appear in next week’s issue.