12 March 2019 Comments Off on New Book by Bülent Batuman 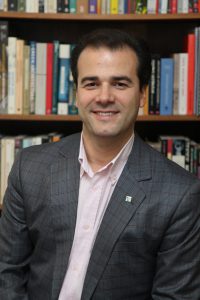 Assoc. Prof. Bülent Batuman, chair of the Department of Urban Design and Landscape Architecture and associate dean of the Faculty of Art, Design and Architecture, has published a new book, “Kentin Suretleri: Mekân ve Görsel Politika” (Images of the City: Space and Visual Politics). Arguing that contemporary urban studies in Turkey is largely dominated by political economy and claiming that there is a need to bridge this field with cultural studies, Dr. Batuman in this study focuses on the role of visual culture in urban politics.

Based on the premise that visuality comprises a vital aspect of the urban experience, the book discusses the politics of urban imagery and the visual representations of space through the transformation of Turkish cities throughout the twentieth century. Each of the six chapters dwells on a particular visual medium (photography, documentary film, postcards, melodrama, cartoons and digital images) and scrutinizes the role of urban representations in the making of distinct forms and effects of power.